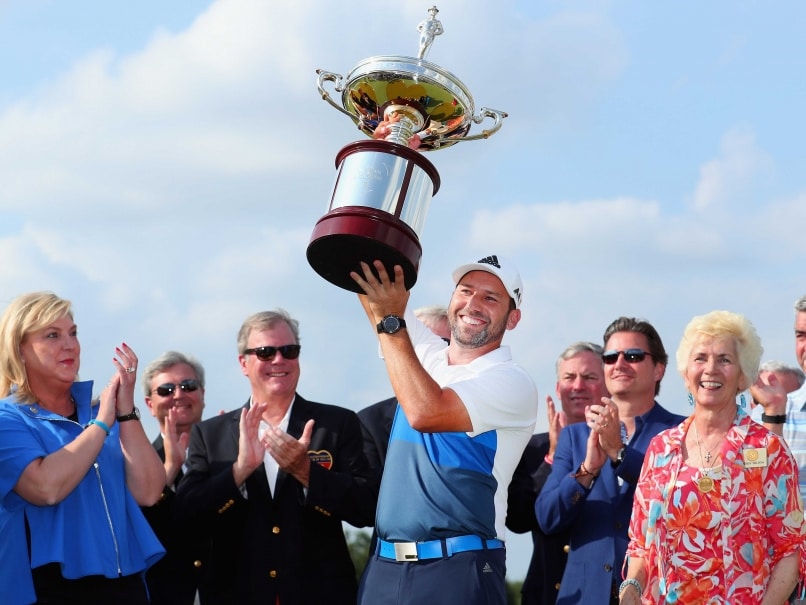 Spanish star Sergio Garcia secured his first PGA Tour win since 2012 on Sunday after holding his nerve in a playoff to win the Byron Nelson Championship in Texas.

The world number 15 edged out Brooks Koepka on the first hole of a playoff at the TPC Four Seasons in Irving to claim the ninth US PGA win of his career.

The 36-year-old's ninth victory saw him draw level with late great Seve Ballesteros for the most wins on the PGA Tour by a Spanish player.

"It's awesome to be up there with Seve, it means so much," said Garcia, who said his gutsy round had been in the spirit of his revered countryman, who died in 2011.

"I won it a little bit 'a la Seve' today," Garcia smiled. "I was battling. I was playing hard, chipping great, made some great putts."

The win puts Garcia firmly on track to make the European team for this year's Ryder Cup.

"I played nicely this week, I know I can play better," said Garcia. "This is going to drop me nicely into the Ryder Cup points league, and that means a lot to me."

Koepka was left ruing a late collapse on the back nine that saw him give up a three-shot lead to go into a playoff with Garcia, where his game swiftly unraveled.

"I really had no idea where the ball was going," Koepka said. "You've got to take some positives out of it, but it is disappointing."

Garcia had been put in the driving seat on the first extra hole, the 429-yard par-four 18th, when Koepka smacked his tee-shot into the water hazard, forcing a drop.

It got worse for Koepka when his third shot landed way short of the green. With Garcia comfortably reaching the green in two, it meant Koepka was left needing to chip in from the fairway to save par.

That miraculous task was beyond him, and Garcia two-putted to claim a confidence-boosting victory.

Garcia and Koepka advanced to the playoff after a nervy finale which saw both men drop shots on the back nine.

The critical period came on the back nine, when Koepka suddenly saw a three-shot lead evaporate as Garcia grabbed a share of the lead.

Koepka looked to be cruising when Garcia found the water on the 14th and bogeyed.

Yet with victory beckoning, Koepka's composure deserted him.

The first wobble came on the 406-yard par-four 14th, when his second shot missed and landed well wide of the green.

He got onto the green in three but had to settle for a bogey.

Another bogey on the 15th -- which coincided with a Garcia birdie on 16 -- left the two front-runners level. Both players parred the remaining holes to set up the playoff.

Elsewhere Sunday, world number two Jordan Spieth's recent travails continued with a four-over final round 74 that left him five off the pace.

Spieth, aiming to bounce back to form after his Masters meltdown last month and a missed cut at last weekend's Players Championship, struggled home with six bogeys and two birdies in his final 18 holes after starting the day in second place, two strokes off the lead.

Comments
Topics mentioned in this article
Golf Sergio Garcia Jordan Spieth
Get the latest updates on Olympics 2020, Olympics 2020 Medal Tally, Live Cricket Score . Like us on Facebook or follow us on Twitter for more sports updates. You can also download the NDTV Cricket app for Android or iOS.