Jordan Spieth, playing his first regular European Tour event, scrambled well to shoot a 68 but was put in the shade by Rory McIlroy on a warm, wind-free morning in Abu Dhabi. 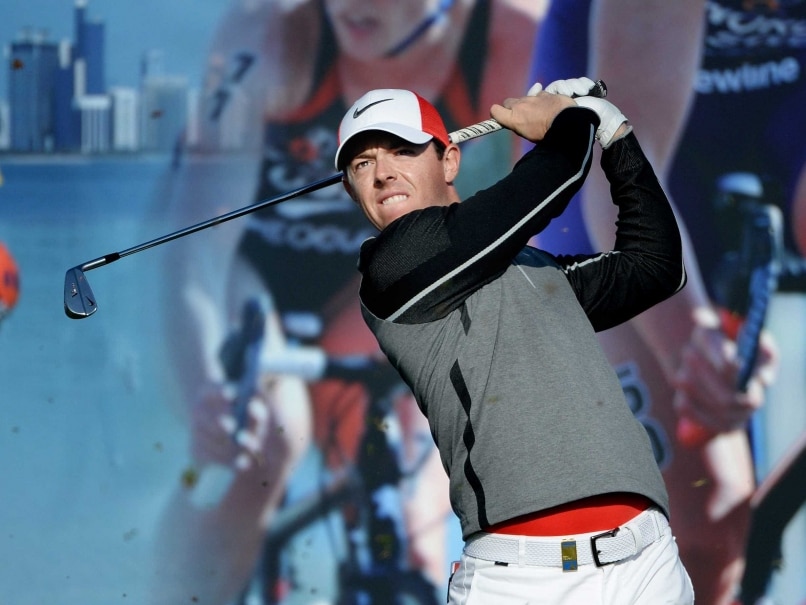 Rory McIlroy is making his first appearance after two months off, during which he underwent laser eye surgery.© AP
Abu Dhabi:

Rory McIlroy began 2016 with a masterful display of driving to set up a 6-under 66 at the Abu Dhabi Championship, upstaging top-ranked playing partner Jordan Spieth in the first round on Thursday. (Rory McIlroy Targets Masters and Grand Slam in 2016)

McIlroy was two strokes behind early leader Bryson DeChambeau (64), the U.S. Amateur champion, after rolling in eight birdies in his first appearance after two months off, during which he underwent laser eye surgery. (Rory McIlroy Wins European Tour Player Award for third Time)

"It's a great way to start the year," said the third-ranked McIlroy, who has been runner-up four times in Abu Dhabi.

Spieth, playing his first regular European Tour event, scrambled well to shoot a 68 but was put in the shade by McIlroy on a warm, wind-free morning in the gulf emirate. (Jordan Spieth Opens New Year in Style With Win in Hawaii)

"It was the Rory that I have seen win majors," Spieth said. "It was spectacular. It was a pretty unbelievable round on a very challenging golf course."

Spieth was unhappy with his driving on a course where length and accuracy off the tee is paramount, saying he "drove the ball short and crooked for the majority of the round".

He was even more upset at being warned for slow play as he walked off the eighth green, his 17th hole of the round. Rule officials said Spieth took too long over a putt on No.8, although the American complained that the decision "didn't make any sense to me" and was a "bit odd".

"The guys behind us hadn't even reached the fairway, on a par 5," said Spieth, who acknowledged that he had taken extra time to line up a putt.

It was the first round since the European Tour modified its Pace of Play policy, which aims to trim 15 minutes off a round.

After a stellar 2015 in which he won two majors and the FedEx Cup title, Spieth started the new year by winning by eight shots in Hawaii.

Comments
Topics mentioned in this article
Rory McIlroy Jordan Spieth Golf
Get the latest updates on Olympics 2020, Olympics 2020 Medal Tally, Live Cricket Score . Like us on Facebook or follow us on Twitter for more sports updates. You can also download the NDTV Cricket app for Android or iOS.