Rory McIlroy laid the foundations for a two-stroke victory in the Deutsche Bank Championship over England's Paul Casey with a bewitching front nine performance, sinking five birdies to be five under at the turn 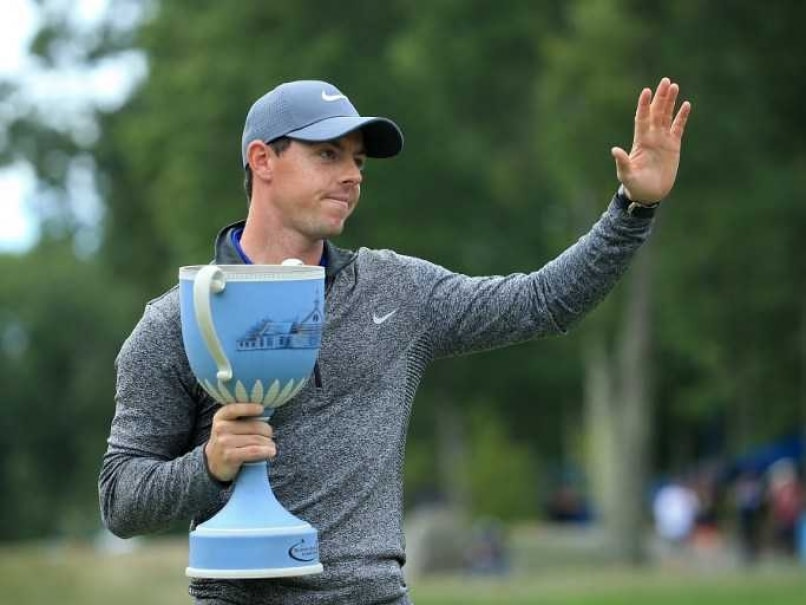 Rory McIlroy shot a superb six-under-par 65 to end his 16-month PGA Tour title drought with victory in the Deutsche Bank Championship on Monday.

The Northern Ireland star laid the foundations for a two-stroke victory over England's Paul Casey with a bewitching front nine performance, sinking five birdies to be five under at the turn.

Two more birdies and a bogey on the back nine at TPC Boston sealed a deserved win for the 27-year-old, whose last win on the PGA Tour came at the Wells Fargo Championship in May 2015.

The win earned McIlroy another USD 1.53 million and will see him move up to third in the next set of world rankings.

It also catapulted him from 38th to fourth place in the standings for the lucrative FedExCup post-season series.

The win completed a remarkable turnaround for McIlroy, who had got off to a disastrous start in his opening round on Friday to be four over par after his first three holes.

"It's amazing in this game how things can change so quickly," McIlroy said.

"From three holes in - four over par - there were a lot of things going through my mind, and one of them was not winning this tournament," he added.

"So 69 holes later - I played some great golf and holed some great putts. I'm just really proud of myself, how I hung in there on the first day and then got some momentum on Saturday. Then I just went with it.

"It's nice to get that first win in the States this year and hopefully I can take this momentum into the next couple of weeks and ultimately the Ryder Cup."

Third round leader Casey had begun the day three shots clear, but saw his challenge unravel after posting four bogeys in a two-over-par 73 to finish second.

Australia's world number six Adam Scott was alone in fourth place after a six-under-par 65, but had left himself too much work to do to challenge for the lead.

Patrick Reed, James Hahn and Argentina's Fabian Gomez all tied for fifth place, 10 under for the tournament, five behind McIlroy.

US Open champion and world number two Dustin Johnson recovered from his disastrous third round 75 with a 66 to claim a share of eighth place with six others players at nine under.

World number one Jason Day finished with a closing 67 in a six-way tie for 15th at eight under.

Meanwhile Olympic champion Justin Rose -- who had started the day level with McIlroy on nine under -- endured a miserable day at the office, plummeting down the leaderboard after an eight-over-par 79.

Rose's round collapsed on the back nine, when two triple bogeys left him in a tie for 57th place.

McIlroy meanwhile was left hoping Monday's win was an omen. His last victory at the Deutsche Bank in 2012 was followed by another win at the BMW Championship at Crooked Stick, Indiana -- the same venue for this year's tournament.

"It's funny, four years on, and I win here, and going back to Indy where I have great memories from four years ago," McIlroy said.

"I just had positive vibes going in there."

Comments
Topics mentioned in this article
Rory McIlroy Paul Casey Jimmy Walker Adam Scott Jason Day Justin Rose Golf
Get the latest updates on India vs Australia Series, check out the India vs Australia Schedule for 2020-21 and Ind vs Aus live score . Like us on Facebook or follow us on Twitter for more sports updates. You can also download the NDTV Cricket app for Android or iOS.