Rickie Fowler held off playing partner Thomas Pieters for a victory at the Abu Dhabi Golf Championship that was tighter than expected, with the American having held a four-shot lead after six holes. 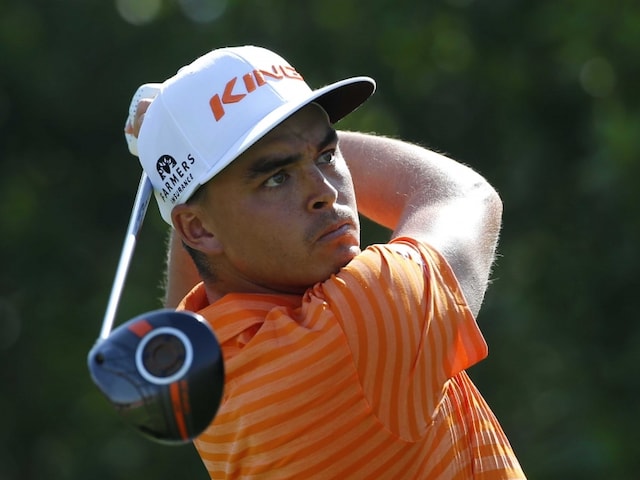 Rickie Fowler of the United States hits a shot during the final round of the Abu Dhabi Golf Championship.© AFP
Abu Dhabi:

Rickie Fowler won the Abu Dhabi Golf Championship for his fourth worldwide victory in nine months, shooting a 3-under 69 in his final round Sunday to win by one stroke while world number three Rory McIlroy could only manage a joint-third finish. (Shiv Kapur Lies 8th at Abu Dhabi Golf)

Fowler held off playing partner Thomas Pieters (67) for a victory that was tighter than expected, with the American having held a four-shot lead after six holes. Fast-finishing Rory McIlroy (68) and Henrik Stenson (67) tied for third. (Rory McIlroy Targets Masters and Grand Slam in 2016)

Fowler's big lead was trimmed to one shot on No. 7 after a double-bogey, but he chipped in for eagle from 30 yards from a greenside bunker on No. 8 to move clear again.

Fowler holed from just off the 17th green for a birdie to take a two-shot cushion down the last, although Pieters nearly forced a playoff. The Belgian missed an eagle putt on No. 18 by an inch.

Comments
Topics mentioned in this article
Rickie Fowler Rory McIlroy Golf
Get the latest Cricket news, check out the India cricket schedule, Cricket live score . Like us on Facebook or follow us on Twitter for more sports updates. You can also download the NDTV Cricket app for Android or iOS.