Rashid Khan, a two-time Asian Tour winner, worked with his mental coach Aparna Jain during the off-season to strengthen his golf game and prepare for the business-end of the Asian Tour season. 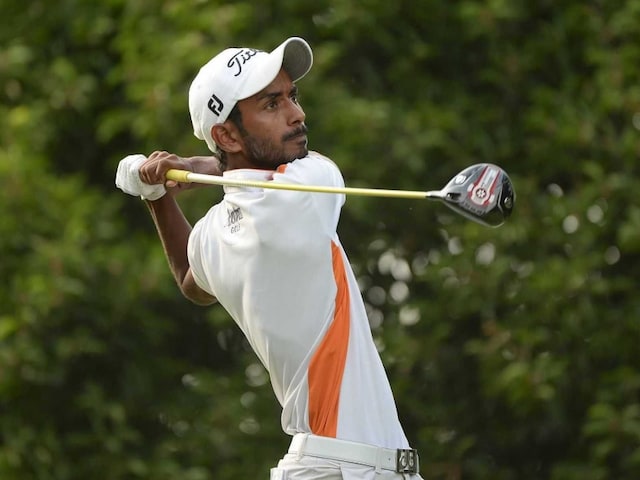 Rashid Khan has been a two-time Asian Tour winner and he has spent the off-season to strengthen his game.© NDTV
Tokyo:

Rashid Khan of India is ready to overcome the mind games when he lines up for the Asia-Pacific Open Mitsubishi Diamond Cup which starts in Ibaraki Prefecture, Japan on Thursday. (WATCH: From Rags to the Plush Greens: Rashid Khan's Story)

The 24-year-old struggled earlier this year but plans to bounce back when he makes his second appearance at the Y150 million (approximately USD 1.2 million) event sanctioned by the Asian Tour and Japan Golf Tour. (Indian Golf: Anirban Lahiri, Rashid Khan Rise)

Khan, a two-time Asian Tour winner, worked with his mental coach Aparna Jain during the off-season to strengthen his golf game and prepare for the business-end of the Asian Tour season.

"It has been more of a mental thing for me this year. When your mind is free you are more confident with your shots. I think too much sometimes. I need to focus on my current shot and not the next one," Khan explained.

Khan missed the cut in his debut appearance at the Otone Country Club, West Course last year but is confident of doing better in this year's showpiece which has attracted top names including Ryo Ishikawa, defending champion Hiroyuki Fujita and Thaworn Wiratchant of Thailand. Â

"I struggled with my game last year but now I know the course better. I'm expecting a lot from myself this time. I've been practising very hard to prepare for the busy second half of the season," he said.

"I'm not low on confidence at the moment. I think I was trying too hard earlier this year. I don't want to do that again. I want to win again but to do that, I need a good start. When I get off to a good start, I always have that self-belief that pushes me forward," said Khan.

Nicholas Fung of Malaysia, Thanyakon Khrongpha of Thailand, Seukhyun Baek of Korea, Miguel Tabuena of the Philippines and Paul Peterson of the United States are among the talented stars who are aiming for a first career victory this week.

The bespectacled Fung, who made one cut in five appearances this season, worked on his tee shots during the break to give him the extra edge in his hunt for a first Asian Tour win.