Padraig Harrington was 16-under through 13 holes before play was called off at the Damai Indah Golf in north Jakarta. He will return on Sunday morning alongside 44 other players to complete the round. 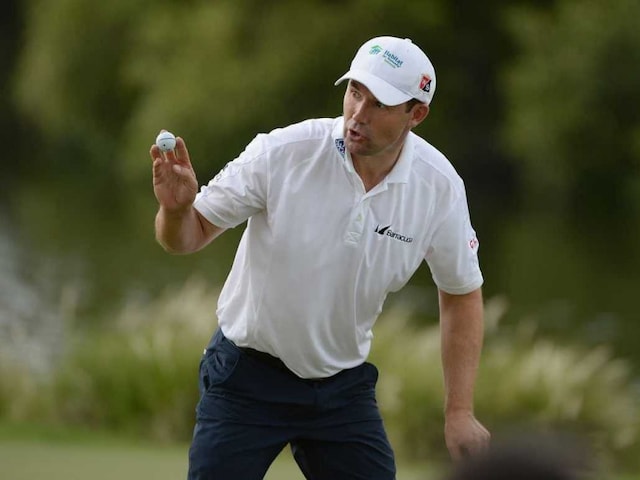 Padraig Harrington of Ireland held a commanding five-shot lead before the weather interrupted the Bank BRI Indonesia Open and the third round abandoned on Saturday.

The three-time Major winner was 16-under through 13 holes before play was called off at the Damai Indah Golf in north Jakarta. He will return on Sunday morning alongside 44 other players to complete the round.

Harrington, who is aiming to win his first title since 2012, hopes to stay positive as he prepares for a 23-hole marathon finale on Sunday.

"I was doing nicely. I got a good start and holed a couple of putts at the right time. I didn't do too many mistakes but it is always difficult when you have the lead. You are a little bit cautious and it is something which I have to deal with," said Harrington, who marked his card with four birdies.

Playing in the same group as Harrington, Australia's Nathan Holman was a distant five shots back while co-overnight leader Thanyakon Khrongpha of Thailand struggled with his driver and was 10-under through 13 holes.

Local hope George Gandranata continued his fine run at the US$750,000 Asian Tour event where he sits on eight-under after playing 16 holes.

Scores after round 3 of the Bank BRI Indonesia Open being played at the par 71, 7100 Yards Damai Indah GC course (a- denotes amateur):

George Gandranata (INA) - 8-under Through 16 holes

Comments
Topics mentioned in this article
Padraig Harrington Golf
Get the latest Cricket news, check out the India cricket schedule, Cricket live score . Like us on Facebook or follow us on Twitter for more sports updates. You can also download the NDTV Cricket app for Android or iOS.