Jordan Spieth, the Masters and US Open winner, was touted as the player headed for history at the 97th PGA Championship, where he had a chance to join legendary Ben Hogan and superstar Tiger Woods as the only men to win three majors in a year. 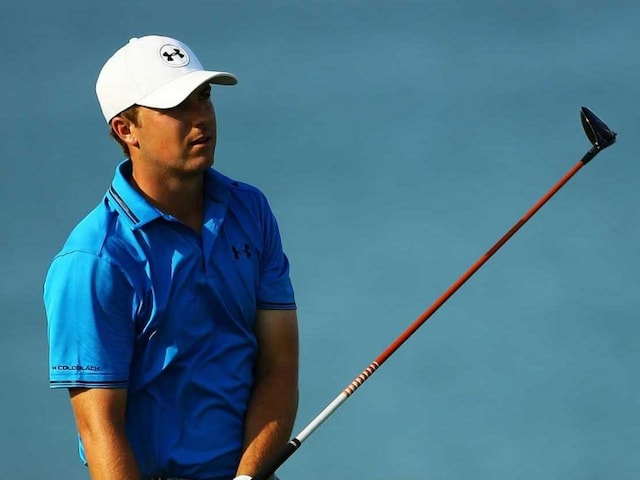 Jordan Spieth of the United States reacts during the final round of the 2015 PGA Championship.© AFP
Kohler, United States:

Jordan Spieth failed to add a third major title to his 2015 resume on Sunday, but with his runner-up finish to Jason Day at Whistling Straits, the 22-year-old claimed another coveted honor: the world number one ranking.

Spieth, the Masters and US Open winner, was touted as the player headed for history at the 97th PGA Championship, where he had a chance to join legendary Ben Hogan and superstar Tiger Woods as the only men to win three majors in a year.

But Day thwarted that dream with a record-setting 20-under par winning total for a three-stroke win over Spieth, who nevertheless dislodged Northern Ireland's Rory McIlroy from the number one spot he had held for 55 consecutive weeks.

"This is as easy a loss as I've ever had because felt that I not only couldn't do much about it, as the round went on, I also accomplished one of my life-long goals in the sport of golf," Spieth said.

"That will never be taken away from me now. I'll always be a number one player in the world," added the American, the second-youngest to ascend the summit behind Woods, who was 21 when he first reached number one in 1997.

Despite the outcome on Sunday, Spieth has produced a remarkable 2015 campaign, capturing the Masters and US Open and missing a playoff by one stroke at the British Open to finish equal fourth before his runner-up effort at Whistling Straits.

Spieth's solo second place meant McIlroy needed a top-six finish to stay number one, and the 26-year-old came up short with a final-round 69 that left him in 17th place on 279 in his defence of the PGA crown he won at Valhalla last year.

"The way Jordan has been playing and the way I haven't played much this year ... if he goes to number one today, it's very deservedly so," said McIlroy, who walked off the course 90 minutes before the last putts fell.

Spieth's rise may have been hastened by the ruptured left ankle injury McIlroy suffered on July 4, which forced him out of title defenses at the British Open and the World Golf Championships Bridgestone Invitational -- where McIlroy regained the top ranking last year.

"Winning two majors, winning a couple other times this year, had a chance at the Open, has a chance obviously today," he said of Spieth. "If he was to get to number one today, I'd be the first one to congratulate him because I know the golf you have to play to get to that spot and it has been impressive this year."

Spieth, who has earned more than $10 million (9 million euros) this year, collected $1.1 million on Sunday and has been outstanding not just in the majors but on the PGA Tour.

He won the Valspar Championship and John Deere Classic and starting with the Memorial in June hasn't been out of the top four.

Spieth quipped that the pressure of contending in the majors was the cause of his receding hairline.

But, in truth, now that he has sampled such great major success, Spieth is hungry for more. Even before the final round began, he was lamenting the fact that there won't be another major until the Masters in April.

"You only get four a year. To have an opportunity to win them all is so cool," he said. "I hope to have a season like this one at the biggest stages again."