Local golfer Rohit Gupta got a call from his club on Wednesday asking if he was willing to be on the bag for Anirban Lahiri whose caddie Rajiv Sharma ran into Visa problems and was unable to make it for the season-ending World Tour Championships. 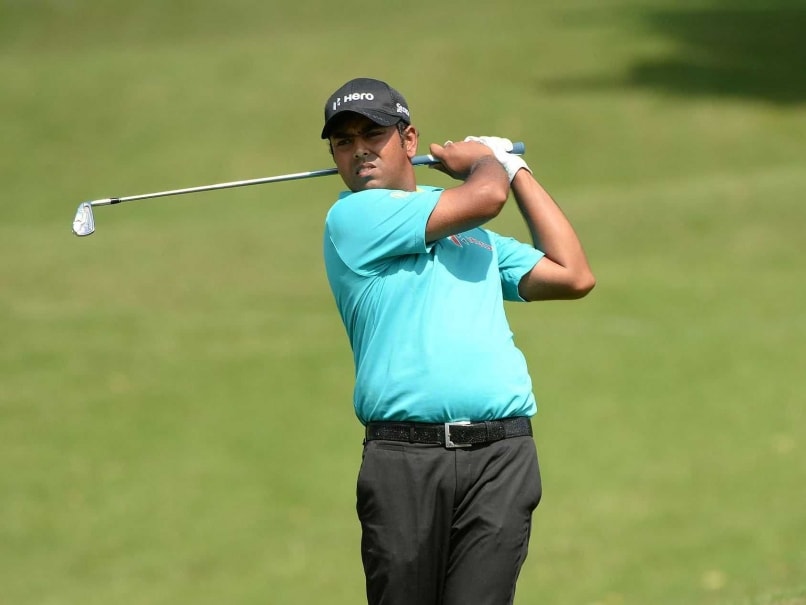 Anirban Lahiri is will have a more experienced caddie on Saturday. (Credit: Asian Tour)
Dubai:

Local golfer Rohit Gupta was beaming ear-to-ear after finishing his duties as a caddie for Anirban Lahiri after second round of the DP World Tour Championships here on Friday.

After a first round 73, Lahiri bounced back with a solid 67 and Gupta said, "He played superbly. It was a pleasure seeing him."

Lahiri is now four-under 140 for two rounds and looking set for a good finish.

Gupta, a member of the Emirates Golf Club, got a call from his club on Wednesday asking if he was willing to be on the bag for Lahiri whose caddie Rajiv Sharma ran into Visa problems and was unable to make it for the season-ending event.

"I got a call from the club and immediately I said yes!" said Gupta. "It's a bit overwhelming but it's been really good. I had to skip work for two days which was no problem! It's been a great experience."

Though Gupta, a regular golfer with a single digit handicap, knew about Lahiri he had never met him before. "I knew of him obviously - he's India's biggest and brightest shining golf star at the moment but I'd never met him," said Gupta, whose handicap is two.

"The players are so relaxed out there. You'd think they would be pumping themselves up and trying 'beat' the ball into the hole but they're very relaxed."

Lahiri also admitted that he has been impressed with Gupta during what has been an enjoyable week for the pair so far.

"It's been a lot of fun," he said. "Obviously I miss having my regular caddie Rajiv on the bag - that goes without saying. But having said that, I don't think I'm a very demanding guy on the course and Rohit has been fantastic. He's had a great attitude on the golf course and it's been fun. I've enjoyed all the time we've spent together on the golf course this week and I've made a new friend."

While caddies get paid handsomely when their golfers do well, Gupta said, "It's not about money. It's about much more than money, just to be given the experience is wonderful."

Lahiri's regular caddie, Rajiv, who has been on the bag during each of his seven wins, was unable to come.

On Saturday, Lahiri will have a more experienced caddie, Neeraj, who is also his friend.