Khalin Joshi said the birdie at the eighth hole was the turning point for him. 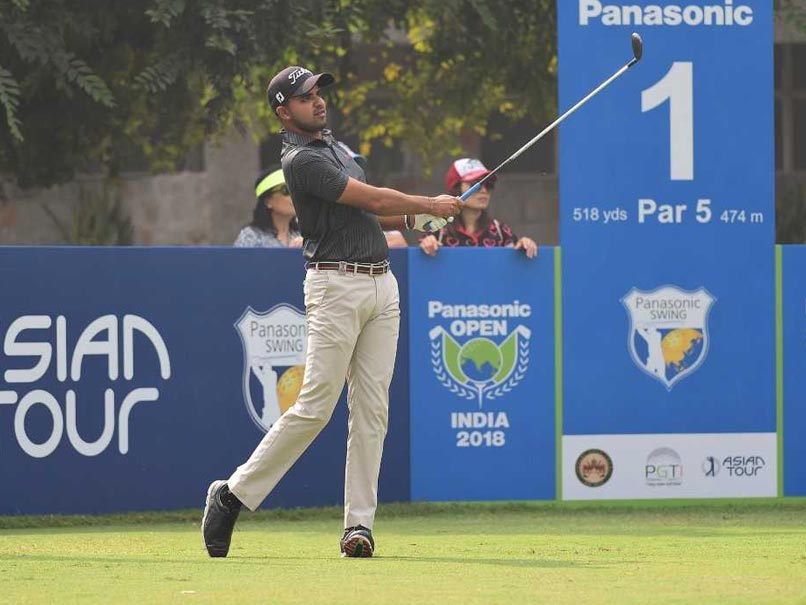 An aggressive Khalin Joshi continued India's domination at the USD 400,000 Panasonic Open India, securing a one-stroke win for his maiden Asian Tour title at the prestigious Delhi Golf Club here Sunday. The overnight joint leader fired six birdies in the last 10 holes after a bogey-bogey start to card a four-under 68 on the final day to win the title with a four day aggregate of 17-under 271. Joshi became the seventh Indian to win the Panasonic Open India in the last eight editions. With his feat, the 26-year-old from Bangalore joined past champions Shiv Kapur (2017), Mukesh Kumar (2016), Chiragh Kumar (2015), SSP Chowrasia (2014), Digvijay Singh (2012) and Anirban Lahiri (2011).

"I have no words. Huge monkey off my back. I think I played really well...Kept my nerves and played really solid coming in. Last few holes were key for me. I am really relieved and happy to win," Joshi said after bagging a winner's cheque of USD 72,000.

"I don't know if it was nerves but just poor decision making I guess, starting off with two bogeys. But I still knew that there was a lot of golf to be played. I was playing well and it was just a matter of time."

Joshi said the birdie at the eighth hole was the turning point for him.

"You know the birdie I made on 8th gave me a lot of confidence that I am not very far away and I got to keep sticking to my game plan, I got to keep playing aggressive. You know like that's all I did. Then again I hit the driver on 18th and I played very aggressive and that's what payed off," he said.

He said his aggressive approach was the key. "I played very aggressive. This year I played very different from the previous years. I have seen many of the past champions going for it in 2 on the par 5's but I have been hitting 3 irons in the past.

You know it was just believing in myself and playing aggressive golf. That was key for me this week."

Bangladesh's Siddikur Rahman (69), who too entered the final day as a joint leader, stayed in contention till the final hole before finishing second after parring the 18th, as Joshi picked up a birdie.

Among other Indians, Aman Raj (69) and young Kshitij Naveed Kaul (68) finished fifth and tied sixth with totals of 275 and 276.

M Dharma and Mukesh signed off with a creditable tied 10th finish after carding 71 and 68 on the final day.

The duo totalled 10-under 278. Siddikur, too, was satisfied with his result.

"I played better than I did yesterday actually. Khalin played really well coming down the stretch but I thought I did well too. Overall, it wasn't bad. I am very happy with my result and I am proud of myself that I am able to put up a good fight for the title," he said.

"I just played my game and enjoy the moment out there. I felt a little bit of pressure at the beginning but I didn't let that get into me. I really enjoyed every single moment this week. It's my best result after a long time.

"I have been trying to get the win to get my card for next year. It's been on the back of my mind. Although I didn't win, I put in a better position to finish inside top-60 on the Habitat for Humanity Standings now."

Comments
Topics mentioned in this article
Khalin H Joshi Golf
Get the latest updates on Olympics 2020, Olympics 2020 Medal Tally, Live Cricket Score . Like us on Facebook or follow us on Twitter for more sports updates. You can also download the NDTV Cricket app for Android or iOS.