Kapil Dev was named the Player of the Day at the Delhi-NCR Leg of World Corporate Golf Challenge with a best individual score of 75. 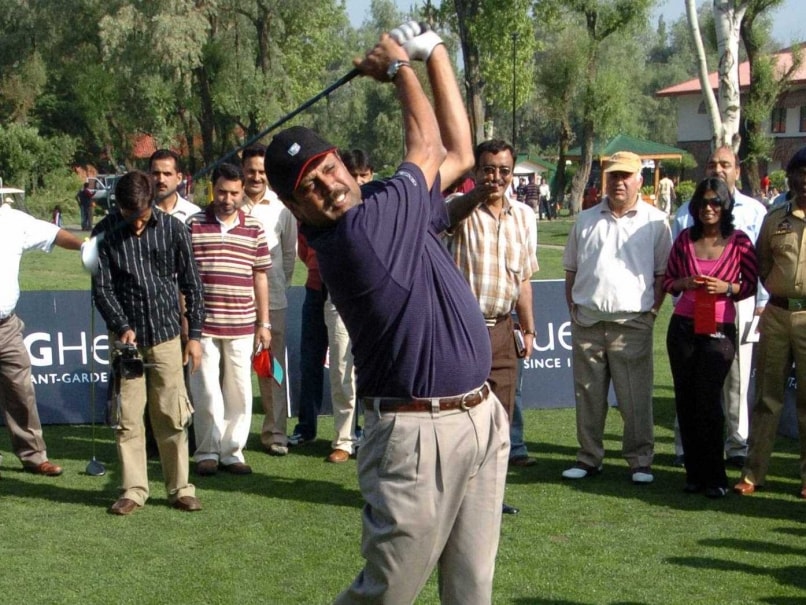 Kapil Dev was playing at the Delhi-NCR Leg of the World Corporate Golf Challenge in Gurgaon.© AFP

Former India cricket captain Kapil Dev was declared the 'Player of the Day' on the second day of the two-day Delhi-NCR Leg of BMR World Corporate Golf Challenge with a best individual score of 75. (Read more golf stories here)

Vidhit Tulshan with a total of 74 won the 'Player of the Day' on Day 1 of the tournament at ITC Classic Golf & Country Club in Gurgaon.

Four, two-member teams, confirmed their berth for the national finals to be played in Bengaluru on May 15 at Prestige Golfshire.

The winning teams from Delhi-NCR, Mumbai and Bangalore legs will be vying to win the national finals and represent corporate India at the 22nd annual World Corporate Golf Challenge (WCGC) in Cascais, Portugal.

The two-day qualifying leg at Delhi-NCR witnessed close to 200 amateurs showcasing their golfing prowess. The India leg will witness the participation of around 600 corporate executives, paired as teams of two.

India made its competitive debut in WCGC in 1999 and 2016 marks the 17th year of its contention at the world stage.

India has had an illustrious history at the WCGC and is the defending champion, courtesy the pair of Shashidhar Reddy and Sonam Chugh from Hyderabad, who won the 2015 WCGC in Portugal.

The format of play was individual 18 hole modified Stableford for both players off 3/4th handicap.