Jyoti Randhawa, who has been out of action for close to five months, makes his comeback in the Panasonic Open Golf championships. 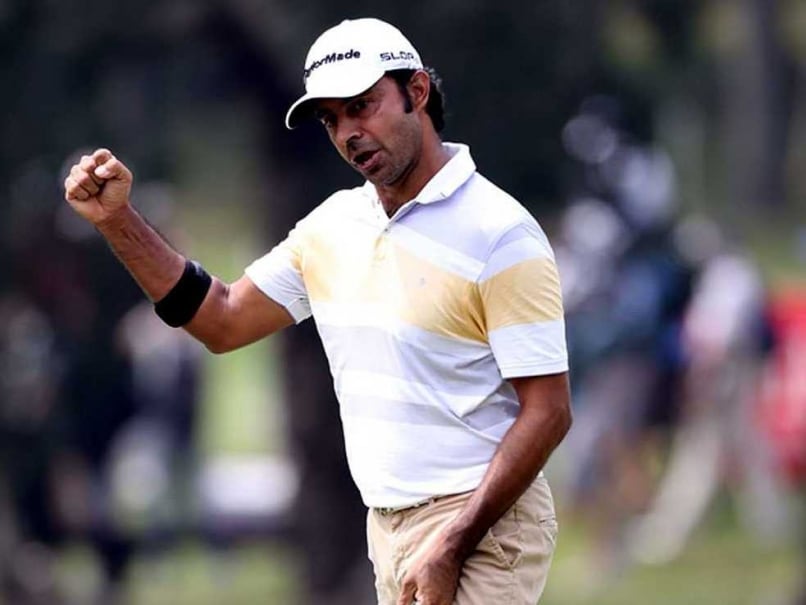 Jyoti Randhawa suffered a broken bone in his right shin which kept him out of action for close to five months.© NDTV

Indian golfer Jyoti Randhawa will return to action after a gap of almost five months, when he tees up at the Panasonic Open Golf Championship in Chiba on Thursday.

Randhawa, the Asian Tour Order of Merit winner in 2002, whose last Asian Tour start was in Thailand in December, broke a bone in his right shin when his all-terrain vehicle (ATV) overturned and landed on his leg while on holiday in India in February.

While Randhawa looks at a good return to action, fellow Indian, Chiragh Kumar, is seeking a Panasonic double, having won the title for maiden win on Asian Tour late last year.

Shiv Kapur will tee up for the first time since his marriage earlier this month, and the field also includes other Indians -- Jeev Milkha Singh, Rahil Gangjee, Gaganjeet Bhullar and Himmat Rai.

Randhawa, an eight-time Asian Tour winner, who also won once in Japan in 2003, was excited at getting back to golf after a long break. He played nine holes each on Tuesday and Wednesday at the Chiba Country Club, Umesato course, while preparing for 150 million Yen (approximately USD 1.27 million) event sanctioned by the Asian Tour and Japan Golf Tour.

The field will include KT Kim of Korea, Natipong Srithong of Thailand, last year's Asian Tour Rookie of the Year, and flamboyant Japanese star Shingo Katayama.

Randhawa, who broke his shoulder bone in 2002 and then went on to win the Asian Tour Order of Merit that year with a great showing in latter half of the season, said, "I like my bikes and I was on my all-terrain vehicle (ATV) trying to get up a steep slope. I accelerated at the wrong time and it flipped over. I jumped away but it landed on my right foot and broke my right leg.

"I didn't break the main shin bone but it was the smaller bone. It was an actual break but it wasn't that bad because the bone was still in the same place. I was in a plaster for six weeks and had a lot of rest.

"It does take some time to get back especially when you are older. I'm a bit stiff and I'm not swinging as good as I wish to but it is mind over matter I guess. I've played a lot, been there and done that before so I'm going to try and manoeuvre the golf course with my 'B Game'," he added.

Randhawa added that he is feeling recharged after recuperating at home and spending time with his family.

"I had a good time at home for six weeks. These days they have a new type of plaster where you can walk in it. So two weeks after my injury I was walking with a stick. I went to my farm to rest and relaxed. I had a great time with the family but the only thing I missed was playing in tournaments," said the 43-year-old.

Â "This is probably one of the flattest golf courses in Japan. It is in great shape and the rough is not up so it might be a low scoring week this week," added Randhawa.

Chiragh, a teammate of Anirban Lahiri in amateur days, said, "Panasonic is the lucky tournament for me. Japan is always great. It will be awesome to play well in Japan. I love the way the courses are and the tournaments are organized so well. It is great to be here.

"It is always nice to win anything. I need to play better golf outside India to win. I've been playing well so let's see what happens. This is an old style Japanese golf course and it is beautiful. I can't wait to start on Thursday. My game is good. Everything is looking good.

"Once you finish on a certain position on the Order of Merit, you want to better it. That's the idea and the goal this year. I'm looking forward to playing well in the big events including this one and improve on my world rankings."

The big-hitting Gavin Green of Malaysia, who won his third Asian Development Tour (ADT) title last week to occupy the 60th and last spot on the Olympics qualifying ranking, hopes to repeat his winning formula in Japan. The Olympic qualifying cut-off is on July 11, 2016.

"I wasn't looking at the Olympic rankings at all (at the start of the year) because I knew if I played solid then everything would take care of itself. I put my mind into golf and practised hard," said Green, formerly ranked 12th in the world amateur rankings.

Comments
Topics mentioned in this article
Golf Jyoti Randhawa Shiv Kapur Jeev Milkha Singh Gaganjeet Bhullar
Get the latest updates on IPL 2021, IPL Points Table , IPL Schedule 2021 , live score . Like us on Facebook or follow us on Twitter for more sports updates. You can also download the NDTV Cricket app for Android or iOS.