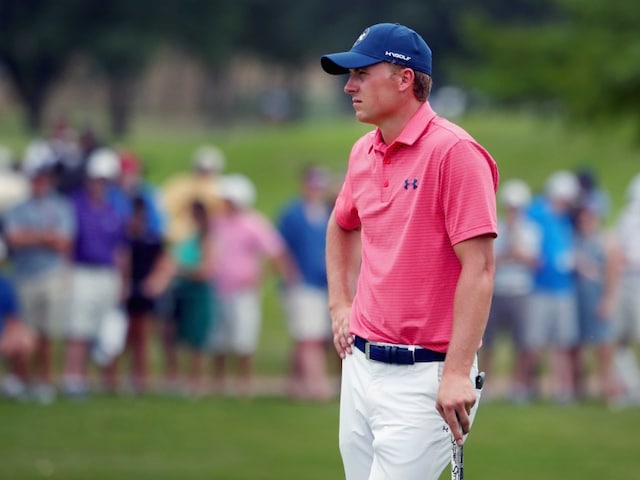 Jordan Spieth tried hard but he could not close in on the lead as he finished second on the third round of the Bryan Nelson tournament.© AFP

Reigning US Open Spieth fired a three-under-par 67 in his hometown tournament, taking a bogey at 18 while US compatriot Koepka rescued a closing par with a 10-foot putt to shoot 65 and seize the 54-hole lead on 16-under 194.

"It's nice to go into the final round with a two-shot lead," Koepka said. "I hit the ball terrible. It wasn't anything to brag about at all. I felt like throughout the whole round, all 18 holes. It wasn't very good but I'm putting it so well."

Spieth is trying to pull off a comeback victory after missing the cut in last week's Players Championship and suffering a last-day meltdown at the Masters, where a back-nine fade cost him a second consecutive green jacket.

"I was in some really tough spots and was a very stressful round of golf to play because I just don't have confidence over the ball right now," Spieth said. "It's very frustrating and (I'm) actually putting incredible to still be in this tournament."

Spieth sank a 20-foot birdie putt at the par-3 17th to reach 15-under as the hometown crowd that greeted him with a standing ovation roared again with delight.

"That's a moment that I'll never forget," Spieth said. "To be honest, even though it's Saturday, may or may not have any impact on this tournament, that was the coolest roar I've ever heard. Fantastic walking up to that green."

But at 18, Spieth was in the trees right of the fairway off the tee and blasted out through a gap to just short of the green while Koepka went over the green on his approach.

"It's a positive that I'm scoring well," Spieth said. "It's very difficult for me to stand up here and not be positive given I'm at 14-under and contending, but if you guys knew the kind of stress I felt over the golf ball right now trying to put my swing in the right position, it is a challenge." 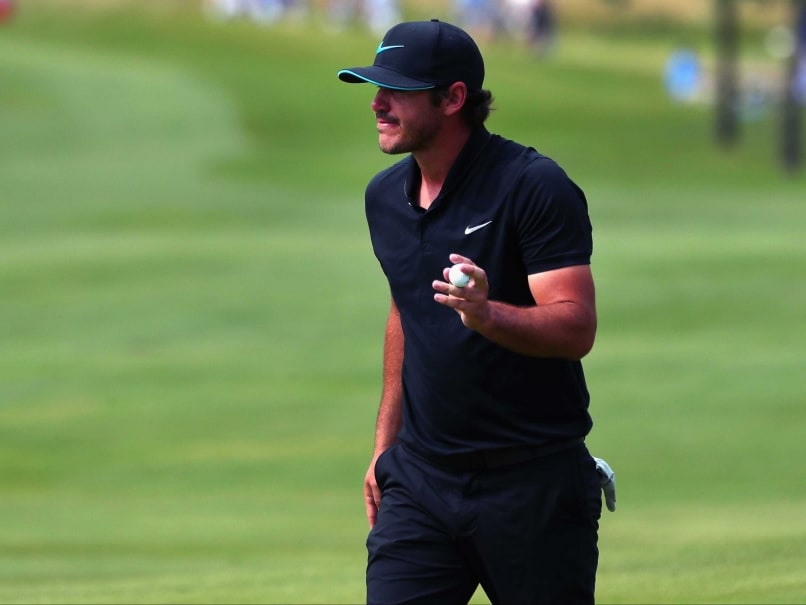 Brooks Koepka was two strokes ahead of Spieth as he finished the third round on top.

Koepka won his only US PGA title last year at Phoenix, but he also took the Turkish Airlines Open on his way to being named 2014 European Tour Rookie of the Year.

The 26-year-old American had top-10 efforts at last year's British Open and PGA Championship and his best major showing with a share of fourth at the 2014 US Open.

Spieth, who defends his US Open crown next month at Oakmont, sank four-foot birdie putts at the fourth and par-5 seventh, closed the front nine with a birdie and hit a three-foot birdie putt at 11 to reach 15-under.

At 14, Spieth salvaged a bogey after hitting his tee shot into the water, reaching the green in four and making a 22-foot putt to surrender only one stroke.

"We both kind of hung in there, battled it out and we made some good, good key 10-footers," Koepka said. "That's what you've got to do out here if you're not hitting it well."

Koepka opened his roller coaster round with a bogey, birdied the third and par-3 fifth but needed two shots to escape rough and took a bogey at six.

Koepka also pitched to two feet and tapped in for birdie at the par-5 16th.