Justin Thomas apologized for a homophobic slur picked up by television microphones at the US PGA Tour's Tournament of Champions. 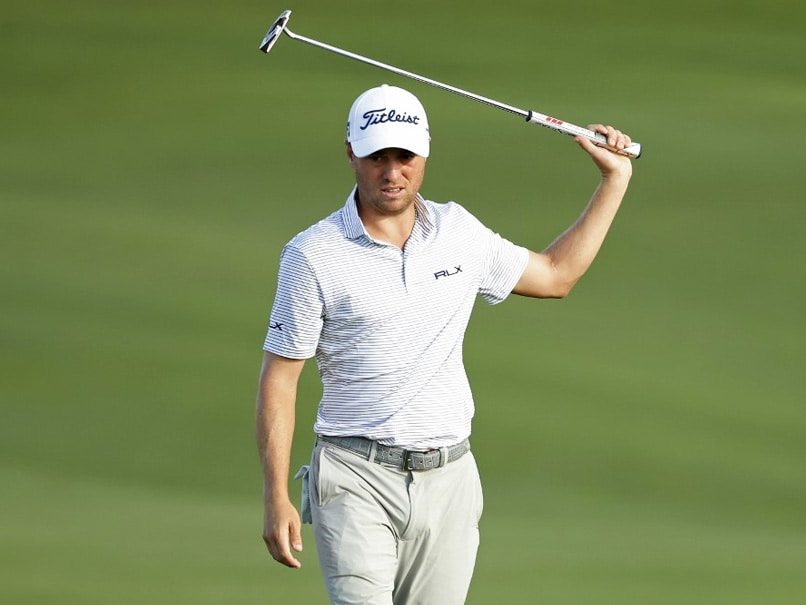 World No.3 golfer Justin Thomas said he was "extremely embarrassed" having made a homophobic slur.© AFP

Golf's world number three Justin Thomas apologized for a homophobic slur picked up by television microphones at the US PGA Tour's Tournament of Champions on Saturday. American Thomas uttered the anti-gay slur on the fourth hole of his third round in Hawaii after missing a five-foot par putt, and it caused an immediate stir on social media. "It's inexcusable," Thomas said. "First off, I just apologize. I'm an adult. I'm a grown man, there's absolutely no reason for me to say anything like that. It's terrible. I'm extremely embarrassed.

"It's not who I am, it's not the kind of person that I am or anything that I do.

"Unfortunately, I did it and I have to own up to it and I'm very apologetic."

The US PGA Tour is expected to fine Thomas for the remark. "As he expressed after his round, we agree that Justin's comment was unacceptable," the PGA Tour said in a statement.

Thomas finished his round by shooting a five-under 68 and is tied for fifth place with one round to play, four shots back of co-leaders Harris English and Ryan Palmer who are at 21-under par.

Comments
Topics mentioned in this article
Justin Thomas Golf
Get the latest updates on IND vs NZ 2021, check out the Schedule and Live Score . Like us on Facebook or follow us on Twitter for more sports updates. You can also download the NDTV Cricket app for Android or iOS.