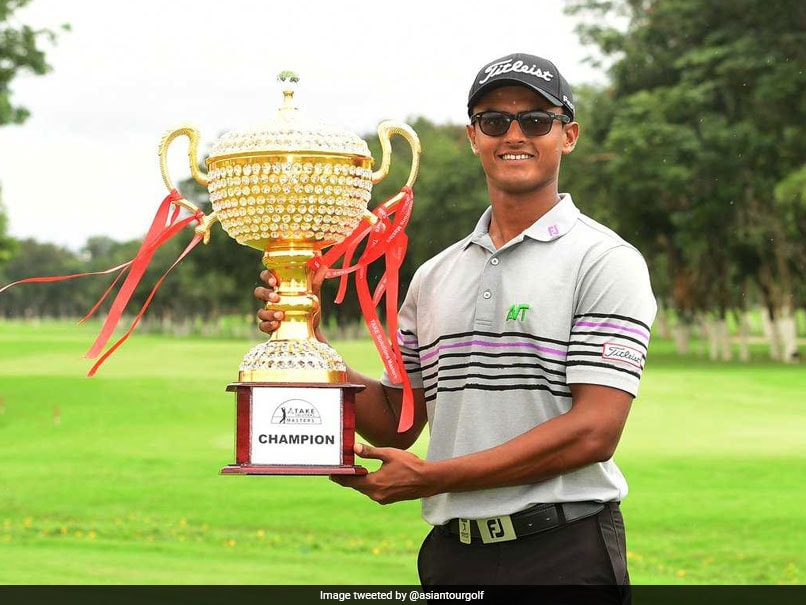 Viraj Madappa finished the Bangalore Masters on 16 under par.© Twitter

Indian golf unveiled a new star Sunday when Viraj Madappa hit a four under par final round 67 to take the Bangalore Masters aged just 20. Madappa, cheered on by hordes of teenaged fans as he finished the USD 350,000 event on 16 under par, became the youngest Indian to claim an Asian Tour title. It was a new boost for Indian golf, coming a week after Gaganjeet Bhullar's win at the Fiji International, co-sanctioned by the Asian and European tours. Madappa, who only turned professional in 2017, ended one shot ahead of Zimbabwean Scott Vincent who finished with a 68, Argentine Miguel Carballo (71) and Thai duo Suradit Yongcharoenchai (66) and Danthai Boonma (70).

He started the final day two shots behind leader Carballo at 12-under and tied for fourth place.

After a front nine with a bogey and birdie, Madappa holed four birdies on the final nine to complete a superb win.

Madappa birdied the 15th and 16th to take the lead and was two shots ahead going into the 18th as his rivals fell away.

"Last night I thought about a win, the winning putt and so much else, so I was kind of nervous," he said.

"Then, to get my first pro win on the Asian Tour is a dream come true. It is yet to sink in."

Comments
Topics mentioned in this article
Golf
Get the latest updates on ICC Women's Cricket World Cup 2022 and IPL 2022, check out the Schedule , Live Score and IPL Points Table. Like us on Facebook or follow us on Twitter for more sports updates. You can also download the NDTV Cricket app for Android or iOS.