Gaganjeet Bhullar fired an impressive 67 for a four-day total of 269 at the Bears Best Cheongna Golf Club, winning the 216 million-won ($196,000) cash prize 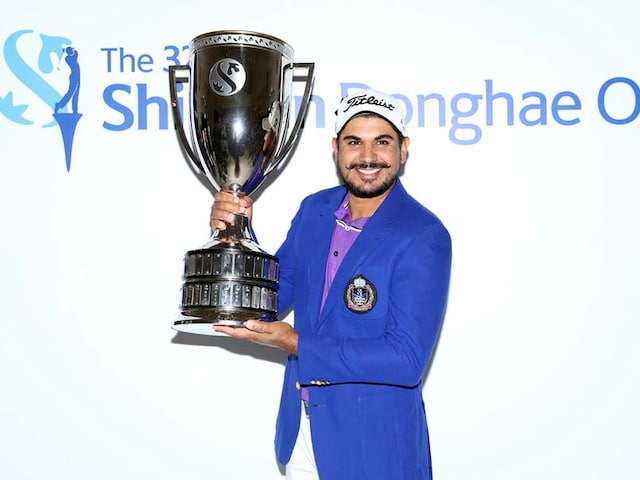 Seoul: India's Gaganjeet Bhullar stormed back from a five-stroke deficit to win the Korea Open on Sunday, ending an Asian Tour drought after sustaining a serious wrist injury two years ago.

The five-time Asian Tour champion has set his sights on regaining his former glory after suffering a wrist injury in October 2014 that required surgery.

"That was probably one of the worst times of my career so far," Bhullar said.

"I worked really hard to overcome all these difficulties and I am glad and am proud of myself," he said after finishing the final round.

In other action Zimbabwean pro and Asian Tour rookie Scott Vincent came in second with 69 and a total of 270 in a tie with South Korea's Kim Tae-Woo.

Thailand's Thitiphun Chuayprakong blew his two-stroke lead heading into the final round and finished with a disappointing 75 to end the tournament with a total of 272, after topping the leader board for two-straight days.

Comments
Topics mentioned in this article
Gaganjeet Bhullar , 1988-04-27 , India Golf , 1900-01-01 ,
Get the latest Cricket news, check out the India cricket schedule, Cricket live score . Like us on Facebook or follow us on Twitter for more sports updates. You can also download the NDTV Cricket app for Android or iOS.