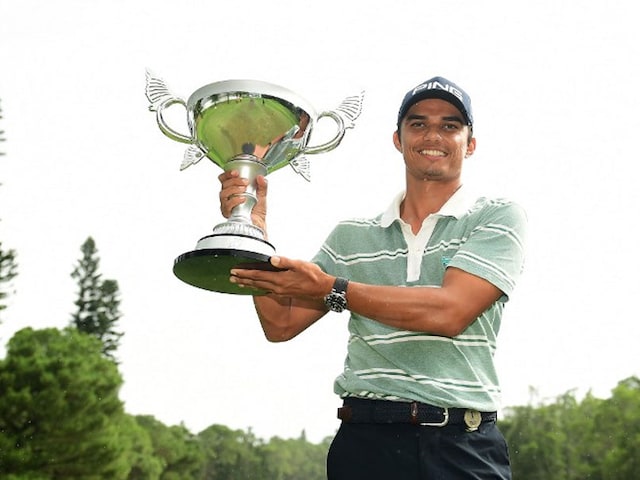 India's Ajeetesh Sandhu shot a two-under-par 70 to claim his first Asian Tour victory at the Yeangder Tournament Players Championship in Taiwan on Sunday. Sandhu edged American Johannes Veerman to the title after trading three birdies against one bogey and ended with a total of 12-under-par 276 at the Linkou International Golf and Country Club. "I'm still shaking from the last putt but now that I'm thinking about it, it is absolutely amazing," Sandhu said.

"I'm proud of myself that I was able to focus on my own my game. I was just trying to hit the next shot the best that I could and I won."

He became the tenth first-time Asian Tour winner in 2017.

Veerman almost forced a playoff when his eagle chip on the 18th hole hit the pin but ended up a runner-up for the second time in his career on the Asian Tour.

Local star Lu Wei-chih, who came back following brain surgery in 2012, posted a 72 to finish third after firing four birdies against as many bogeys.