India's Shiv Kapur Tied 33rd After First Round in Morocco

Shiv Kapur was four shots behind the leaders, Francesco Laporta, Thomas Linard and Jason Scrivener, all of whom shot 68 each in the first round of the Trophee Hassan II 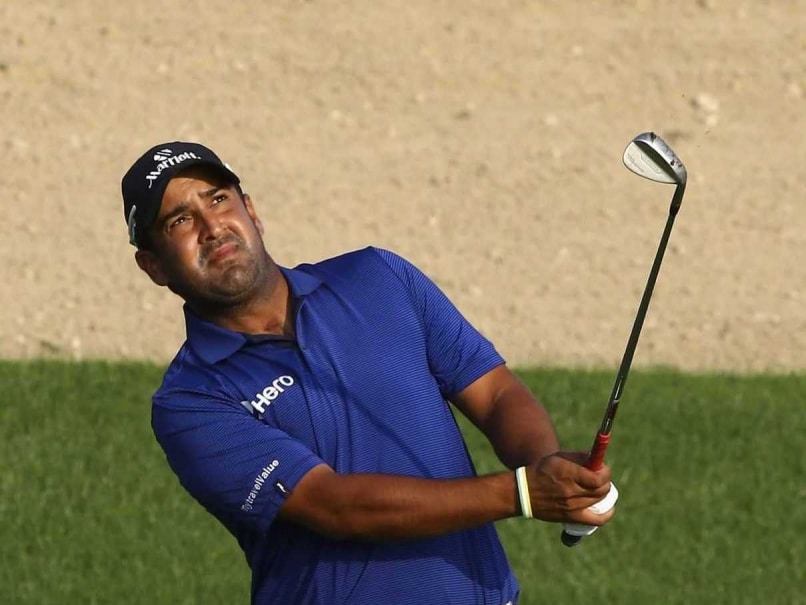 Shiv Kapur will look to improve his position in the coming rounds of Trophee Hassan II after finishing tied 5th finish at the Panasonic Open in Japan.© NDTV

Indian golfer Shiv Kapur had a modest start with an even par 72 that placed him tied 33rd at the end of the first round of the Trophee Hassan II on the European Tour.

Kapur was four shots behind the leaders, Francesco Laporta, Thomas Linard and Jason Scrivener, all of whom shot 68 each.

Laporta and Linard posted the only two eagles of the day at the Robert Trent Jones-designed Royal Golf Dar Es Salam, where scoring was tough with only 32 players breaking par in testing conditions.

Kapur, coming off a tied 5th finish at the Panasonic Open in Japan, did extremely well to recover from a start that saw him go three-over after three holes with a bogey on first and a double on third.

Kapur then went on to fifth and seventh to turn in one-over. He added a birdie on 12th but gave away that gain on 15th with a bogey. A closing birdie on 18th put him at even par.

"I am happy with the way I fought back after the start, when I went three over within three holes," said Kapur.

"The conditions were tough but a great challenge but I feel I am playing well as my last two finishes have been in Top-10 at Hero Indian Open and Panasonic, so I hope I can improve on that this week."

Comments
Topics mentioned in this article
Golf Shiv Kapur
Get the latest updates on IPL 2021, IPL Points Table , IPL Schedule 2021 , live score . Like us on Facebook or follow us on Twitter for more sports updates. You can also download the NDTV Cricket app for Android or iOS.