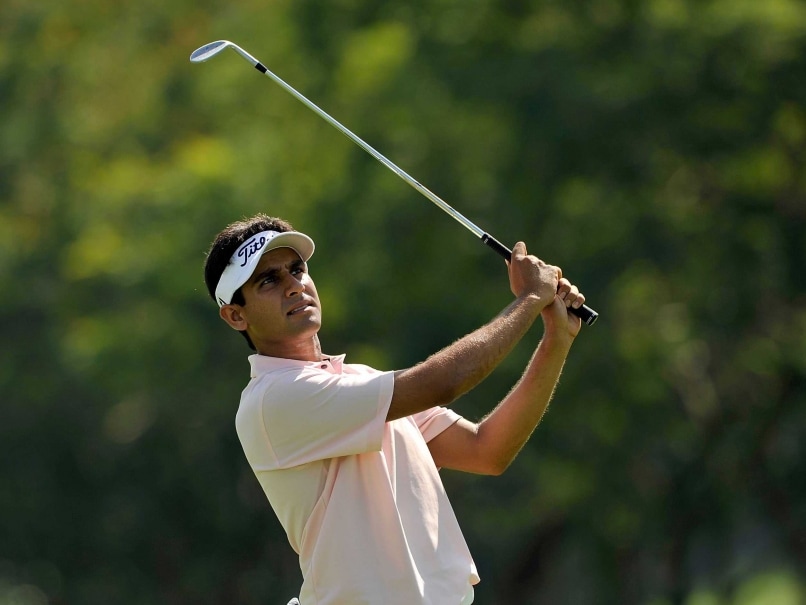 Indian golfer Himmat Rai finished brightly as he birdied four of the final five holes for a nine-under 63 to be tied third, while Gaganjeet Bhullar (71) and Khalin Joshi (70) shared the 10th spot after the fourth and final round of the $300,000 Philippine Open here on Sunday. (Click here for latest Golf stories)

Himmat, who lost in a play-off two weeks ago in Vietnam, was tied 32nd with the first two rounds of 71 and 70 and brought out his hot putter on the day it mattered the most at the Luisita Golf and Country Club.

A flawless 63 was also the best round by a golfer in the tournament even though his 54-hole total of 12-under 204 was two strokes behind champion Miguel Tabuena (66) of the Philippines.

The 28-year-old Himmat started on a very good note after getting birdies on the first two holes. The Delhi player added more birdies on the fifth, seventh, 10th, 14th, 15th, 17th and 18th. He bagged $16,950 for the performance of the Asian Tour's season-ender after sharing the third spot with Chinnarat Phadungsil (67) of Thailand.

"I didn't have a number in my mind. I was thinking of eliminating my errors in round one and two. I wanted to play percentage golf and hitting it near the hole. I putted aggressively and that made a difference today," said Rai, a one-time winner on the Asian Tour.

His compatriots, Bhullar and Khalin were tied seventh and two strokes off the pace on Saturday but failed to challenge for the title. While Khalin had an inconsistent round, Bhullar had to birdie the two of the final three holes to make it an under-par round.

They got $4812.50 each for the show but it was not enough for Khalin to retain his full Asian Tour card.

The duo shared the place with first two days leader Lindsay Renolds of Canada, who carded a disappointing 73. The top 63 players on the final Order of Merit secured playing rights on the 2016 season and the Bengaluru player finished 65th. Bhullar finished 47th.

Meanwhile, Tabuena of the Philippines fired a superb six-under 66 to claim a stylish win for his first title on the Asian Tour. The 21-year-old fired five birdies on his homeward nine to seal the deal with a winning total of 14-under 202 in the event which was reduced to 54 holes due to bad weather earlier this week.

Scott Barr of Australia missed out following a 68 but his lone second place, on 203 total, result ensured that he would retain his Tour card for 2016 after jumping 15 spots to 49th place on the Order of Merit.

Home favourite Tabuena became the first Filipino to win his National Open since 2008 after making a brave charge at the turn highlighted by three straight birdies from the 12th hole.

"I'm glad the Philippine Open is my first Asian Tour title," said Tabuena. "I'm really happy that my name will be on this prestigious trophy alongside some of the legends in golf in Asia's oldest National Open."

The victory was a huge relief for Tabuena who fell short of winning his first Asian Tour title on numerous occasions including in Taipei this year where he settled for runner-up.

Comments
Topics mentioned in this article
Gaganjeet Bhullar Khalin H Joshi Himmat Singh Rai Golf
Get the latest updates on T20 World Cup, check out the T20 World Cup Schedule and Live Score . Like us on Facebook or follow us on Twitter for more sports updates. You can also download the NDTV Cricket app for Android or iOS.