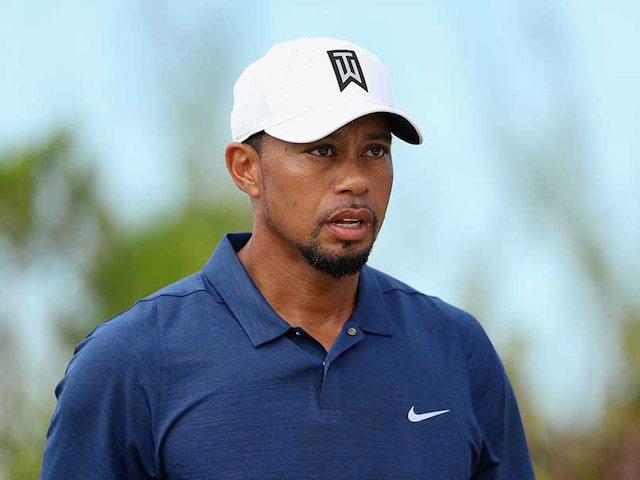 Woods, who will celebrate his 41st birthday on December 30, returned to competition this month after a 15-month injury layoff.

He joined the president-elect in a foursome, a spokeswoman for Trump's transition team said, with Trump departing via motorcade after the round for his Mar-a-Lago estate.

He planned to go from there to the West Palm Beach Hilton, and had meetings with "high-level staffers" planned later in the day, press secretary Stephanie Grisham said.

Trump's transition team didn't offer any immediate details on the round, or what the president-elect and former world number one Woods talked about.

In February 2013, 14-time major champion Woods played with Obama at a private golf resort in Florida.

That golf outing was criticized after it came to light that it ended up costing US taxpayers nearly $3.6 million, according to a US Government Accountability report published this year.

The Trump Organization owns golf courses around the world, including historic Turnberry in Scotland, which has hosted the Open Championship four times.

However, Trump's controversial comments on issues such as immigration during the US presidential campaign strained his relationships with some in the golf world.

The PGA of America stripped its 2015 Grand Slam of Golf from Trump National Los Angeles after Trump's comments on Mexican immigrants, and the event was later discontinued.

Activist Martha Burk is among those who have called for the US Golf Association to move the 2017 US Women's Open from Trump National in New Jersey, a demand the USGA has rejected.

The US PGA Tour moved its longstanding tournament at Trump National Doral in the Miami area to Mexico City for the 2016-17 season, although tour commissioner Tim Finchem said in June that the move of the World Golf Championships event was not a "political exercise".

However, Finchem acknowledged that having the Trump brand on the host course of the event made it harder to find a sponsor to replace outgoing Cadillac, since Trump would share the limelight with any other corporate backer.

Although Trump blasted Obama during the campaign for playing too much golf, Golf Digest magazine recently listed the president-elect as among the best golfers in Washington with a 2.8 handicap.