While Gaganjeet Bhullar ended the week the way he began it with a bogey-free round of 67 and finished at 12-under for fifth place, S Chikkarangappa was one place behind him at tied sixth 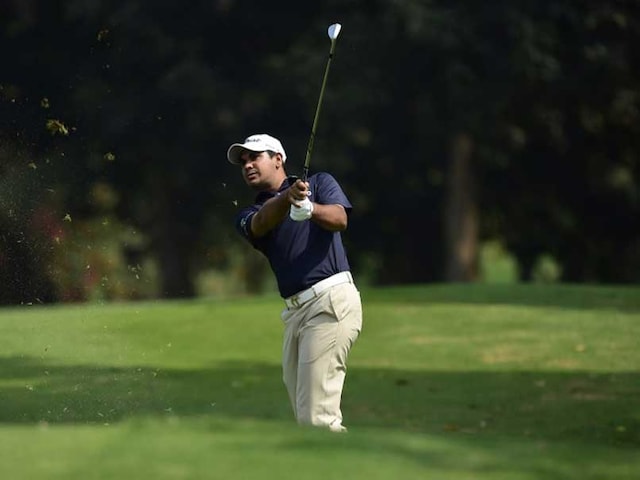 Gaganjeet Bhullar had led the standings after a flawless first round, but eventually dropped to 5th.© AFP

While Bhullar ended the week the way he began it with a bogey-free round of 67 and finished at 12-under for fifth place, Chikka was one place behind him at tied sixth.

Coming close on the heels of a win in Korea the previous week, it signalled a welcome return to form for the 28-year-old Bhllar, who has six Asian Tour titles to his name. Returning from a wrist injury, he had just one birdie on front-nine but four on back-nine for his 67.

Like Bhullar, he also had just one birdie on front nine and four on back stretch at the Royale Jakarta Golf Club.

Poom Saksansin of Thailand cruised to a comfortable five-shot victory when he closed with a five-under 67 to win his first Asian Tour title.

The 23-year-old held a two-shot lead at the start of the day and stayed ahead of the chasing pack by shooting six birdies against one bogey to finish on 18-under-par 270. Poom had only two bogeys in the entire week.

Bhullar said, "I played well for three days. Today was in the first in a long time that I hit 14 fairways and 18 greens. A 62 was definitely out there. I'm pretty happy the way I played after winning last week. This course is one of my favourites on the Asian Tour. I'm glad that I was in contention during the week."

Comments
Topics mentioned in this article
Golf , 1900-01-01 , Gaganjeet Bhullar , 1988-04-27 , India
Get the latest Cricket news, check out the India cricket schedule, Cricket live score . Like us on Facebook or follow us on Twitter for more sports updates. You can also download the NDTV Cricket app for Android or iOS.