Gaganjeet Bhullar, who has been trying to get back to winning ways on his comeback from a wrist injury, totalled eight-under 280 and was four shots behind the ultimate winner, Carlos Pigem of Spain 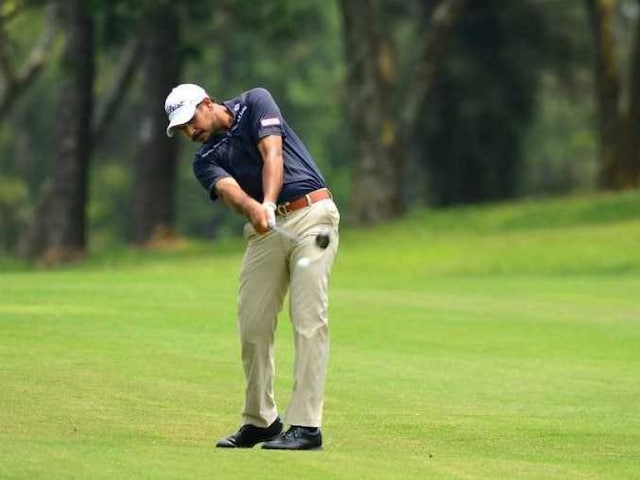 Gaganjeet Bhullar opened the final day with an eagle and ended it with a birdie enroute to a four-under 68 that saw him finish at tied 13th to be the best Indian at the golf's Yeangder Tournament Players Championship (TPC).Â

Bhullar, who has been trying to get back to winning ways on his comeback from a wrist injury, totalled eight-under 280 and was four shots behind the ultimate winner, Carlos Pigem of Spain.

Pigem shot a final round of 67 and tied with Shunya Takeyasu of Japan.

The Spaniard then won the play-off to win his first professional title.

The winner, Pigem was at a loss for words when he sunk his birdie putt on the first play-off hole to win the USD 500,000 event after finishing regulation play with a five-under-par 67 at the Linkou International Golf and Country Club.

"I'm really at loss for words. I cried when I sunk that birdie putt on the play-off hole. That feeling of winning my first professional title here at the Yeangder TPC is simply indescribable," said an emotional Pigem.

Takeyasu, who carded a flawless 66, forced his way into the play-off with a four-day total of 12-under-par 276.

Comments
Topics mentioned in this article
Golf Gaganjeet Bhullar
Get the latest Cricket news, check out the India cricket schedule, Cricket live score . Like us on Facebook or follow us on Twitter for more sports updates. You can also download the NDTV Cricket app for Android or iOS.