James Sutherland spent 20 years at Cricket Australia where he was credited with increasing participation in the sport, particularly among women. 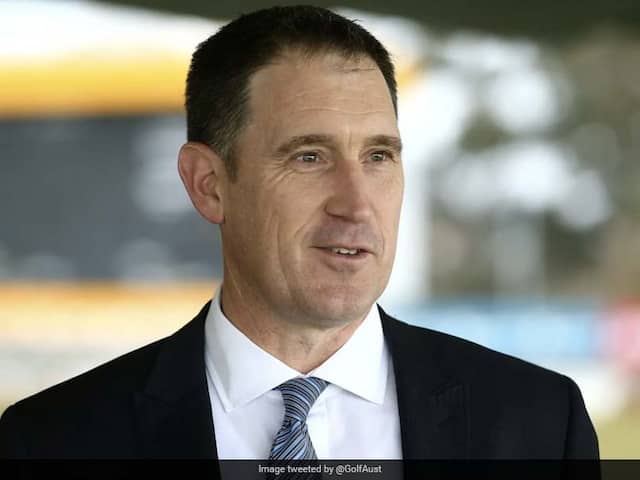 James Sutherland was on Monday appointed head of Golf Australia, two years after stepping down as the country's cricket chief in the wake of a damaging ball-tampering scandal.The 55-year-old will take over from Stephen Pitt from October 1. "I'm genuinely excited to have the opportunity to work in golf, obviously for Golf Australia, but more importantly for the sport around the nation," said Sutherland, who headed Cricket Australia for 17 years.Golf Australia chairman Andrew Newbold said it was a coup to secure someone with his experience.

"He did so much in cricket at so many levels from playing to financial and corporate to stakeholder relations," he said.

"He knows what excellent and elite look like and I can't wait for him to impart his vision on the broader golf industry."

Sutherland spent 20 years at Cricket Australia where he was credited with increasing participation in the sport, particularly among women.

He was heavily involved with the introduction of the highly-successful Twenty20 Big Bash League and day-night Test cricket.

But he also endured a pay war with players in his final few years and came under intense pressure in 2018 when Steve Smith, David Warner and Cameron Bancroft attempted to alter the ball during a Test in South Africa.

They were all sent home in disgrace and banned in one of the biggest scandals to engulf the sport, which saw a slew of executives at Cricket Australia leave.

Sutherland insisted the crisis had no bearing on his decision to quit.

Australia Cricket Team Golf Cricket
Get the latest updates on IPL 2020, check out the IPL Schedule for 2020 and Indian Premier League (IPL) Cricket live score . Like us on Facebook or follow us on Twitter for more sports updates. You can also download the NDTV Cricket app for Android or iOS.