Augusta National, home of the Masters golf tournament, said on Monday the exclusive club has admitted the first women members in its 80-year history. 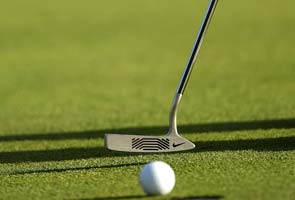 Augusta National, home of the Masters golf tournament, said on Monday the exclusive club has admitted the first women members in its 80-year history.

"This is a joyous occasion as we enthusiastically welcome Secretary Condoleezza Rice and Darla Moore as members of Augusta National Golf Club," Payne said.

Augusta National has come under increasing pressure to admit women members, with the question of the exclusive policy coming up each year when the club hosts the first major golf tournament of the year, the Masters.

The issue first came to a head in 2003 when Martha Burk, a leader in the National Council of Women's Organizations, conducted a rally across the street from Augusta National, which was founded in 1932 and where the first black member was admitted in 1990.

Hootie Johnson, Augusta National's chairman in 2003, had gone so far as to release broadcast sponsors from their advertising commitments when Burk threatened to target them for backing the club's men-only policy as discrimination.

This year discussion of women members focused on the appointment of Virginia Rometty as chief executive of IBM, with many noting that previous chief executives of the electronics giant had been Augusta National members.

Payne himself refused to be drawn into a debate of the issue when it was raised in the days before the Masters in April, but said in a statement on Monday that the process for admitting Rice and Moore had been the same as for any other members.

"Consideration with regard to any candidate is deliberate, held in strict confidence and always takes place over an extended period of time," Payne said. "The process for Condoleezza and Darla was no different.

"These accomplished women share our passion for the game of golf and both are well known and respected by our membership. It will be a proud moment when we present Condoleezza and Darla their Green Jackets when the Club opens this fall.

"This is a significant and positive time in our Club's history and, on behalf of our membership, I wanted to take this opportunity to welcome them and all of our new members into the Augusta National family."

Rice, 57, served as national security adviser under former President George W. Bush and became secretary of state in his second term in office.

She became the first black woman to serve as a provost of Stanford University in 1993, and is now a professor of political economy at Stanford's Graduate School of Business.

This month Rice was named as a headline speaker at the Republican party's national convention.

"I have visited Augusta National on several occasions and look forward to playing golf, renewing friendships and forming new ones through this very special opportunity," Rice said in a statement released by the club. "I have long admired the important role Augusta National has played in the traditions and history of golf.

"I also have an immense respect for the Masters Tournament and its commitment to grow the game of golf, particularly with youth, here in the United States and throughout the world."

Moore, 58, is vice president of private investment company Rainwater Incorporated and was the first woman to be profiled on the cover of Fortune Magazine.

The University of South Carolina renamed its business school after her after she made a $25 million contribution to the university she attended.

"Augusta National has always captured my imagination, and is one of the most magically beautiful places anywhere in the world, as everyone gets to see during the Masters each April," Moore said of the club known for its towering pines and flowering azaleas.

"Above all, Augusta National and the Masters Tournaments have always stood for excellence, and that is what is so important to me."