Chiragh Kumar will be part of the strong 144-man field where no fewer than 35 winners on the Asian Tour, including four Order of Merit champions, will be in action at the Singapore showpiece. 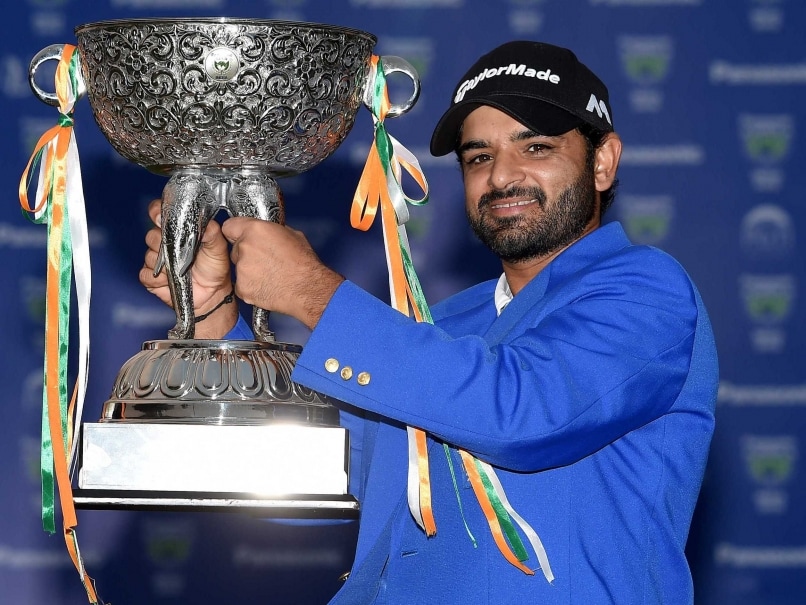 Chiragh Kumar of India is pictured with the winnerÂ’s trophy at the end of the Panasonic Open India tournament at the Delhi Golf Club© AFP
Singapore:

Following his breakthrough triumph on the Asian Tour at the Panasonic Open India last week, golfer Chiragh Kumar is now taking aim at the inaugural World Classic Championship which starts here on Thursday.

Chiragh will be part of the strong 144-man field where no fewer than 35 winners on the Asian Tour, including four Order of Merit champions, will be in action at the Singapore showpiece.

The Delhi golfer broke into the winner's circle for the first timeat the Delhi Golf Club (DGC) last week and is looking forward to producing similar heroics at the Laguna National Golf and Country Club where the $750,000 event is taking place.

"It was pretty heartbreaking to lose my card last year so that victory was a big confidence booster as I know that I can go out there, compete with the best and win," Chirag said in a release on Tuesday.

The challenging World Classic course, touted as Asia's toughest test, will provide the 31-year-old with the stiffest test and it is one which he will be playing with caution.

"The course is very different. It is set up in a way where you can make some really big numbers. So you got to be really careful. You can hit some really good shots and still not be fully rewarded. So it'll be an interesting and one really has to be smart and sharp out there," said Chiragh.

Compatriot S.S.P. Chawrasia, a three-time winner on the Asian Tour, will also be searching for his first Asian Tour victory away from home.

Chawrasia's three wins on the region's premier Tour have all come at home but with a rich vein of form which has seen him notched three top-10s this year, the Indian is hoping he can be duly rewarded this week.

"My wife's here with me this week and we'll be having our own small celebration in Singapore. Turning to golf, I think it's going to be a very fun week as the greens are very tough.

"But having said that, I'm playing well and anything can happen. We'll see on Sunday," said Chawrasia, ranked fourth on the Asian Tour Order of Merit.

Comments
Topics mentioned in this article
Chiragh Kumar Golf
Get the latest updates on Olympics 2020, Olympics 2020 Medal Tally, Live Cricket Score . Like us on Facebook or follow us on Twitter for more sports updates. You can also download the NDTV Cricket app for Android or iOS.