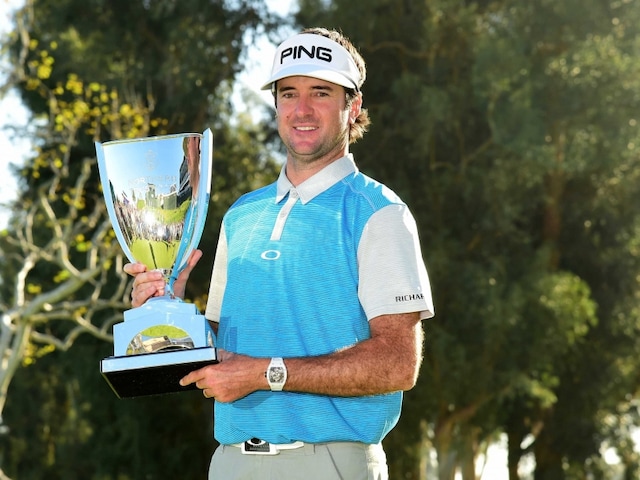 The two-time Masters winner now heads to the first major championship of the season at Augusta National in seven weeks looking for his third green jacket.

The 37-year-old American, who also won at Pacific Palisades in 2014, birdied two of his final three holes en route to a three-under 68 for a 15-under 269 total.

"What I was looking for today was to make par and then throw in some lucky birdies," said Watson, who now has nine wins on the US PGA Tour.

"I want to get to 10 wins because that is a big stepping stone in this day and age on the PGA Tour."

Watson's playing partner, Jason Kokrak, fell just short in his quest for his first PGA title, closing with a 68 to finish at 14 under and share second with Adam Scott.

Scott chipped out from 25 feet on 18 for a birdie and looked for a while like he could be headed to a playoff, but Watson sealed the victory with a short two-foot putt on 18.

Rory McIlroy's hopes of launching his Masters preparations with a victory fell apart after the world number three from Northern Ireland fired a final round 75.

Watson moved into a tie for the lead at 14-under with a birdie on the par-three 16th, landing his tee shot just five feet from the hole.

He had a 45-foot putt for eagle on the par-five 17th that stopped three feet short, giving him another easy birdie.

Watson reached the green in two on 18 then two putted for the victory.

"Starting the day, it was anybody's ballgame, so I just held it together," Watson said.

"I looked at the leaderboard and I saw nobody was running away with it. So I knew that I still had a shot if I could make some good swings and some good putts down the stretch, and somehow it worked out." 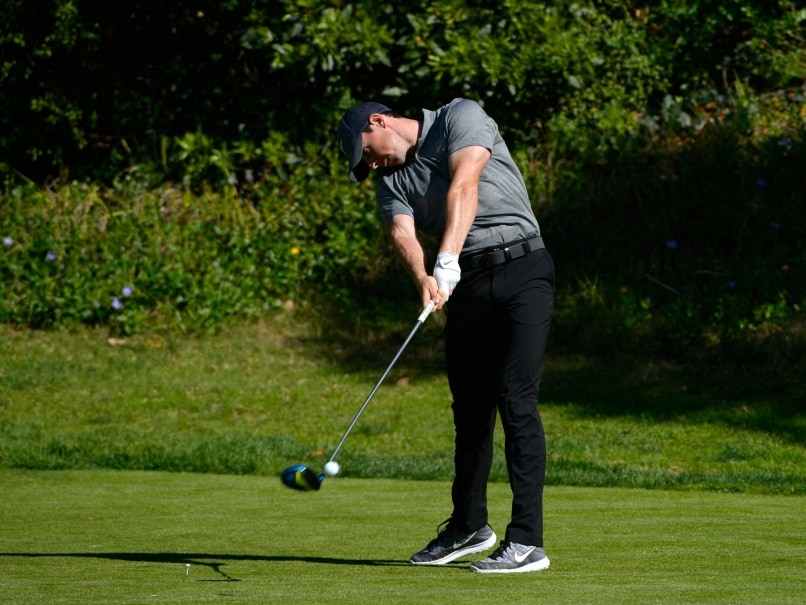 Rory McIlroy fired a final round of 75 as he fell behind on the final day.

Several golfers got off to hot starts Sunday thanks in part to the par-five first being the easiest hole on the course this week. McIlroy, Justin Rose and Scott all opened with eagles.

Scott had the best start of the day, going eagle-par-birdie-birdie to take the lead at 14-under.

He cooled with a double bogey on the eighth but picked it up again with a birdie at 11. The Aussie made back-to-back bogeys on 14 and 15 which he got back with birdies on the final two holes.

"I got off to a great start," Scott said. "I was right in the tournament the whole day. I played a good round of golf around a pretty demanding course today."

Like Scott, McIlroy, who was making his first start at Riviera, eagled the first but then played the holes from four through 13 in six-over.

"One of those days, I couldn't really get anything going after the good start," said McIlroy, who finished tied for 20th, ninth strokes back of Watson.

McIlroy was hoping to sharpen his game by switching his traditional pre-Masters schedule, but after three rounds in the 60s, he plans a return to Riviera.

"This is definitely going to be a regular for me on the schedule going forward," he said. "Staying in Santa Monica and having the beach there."