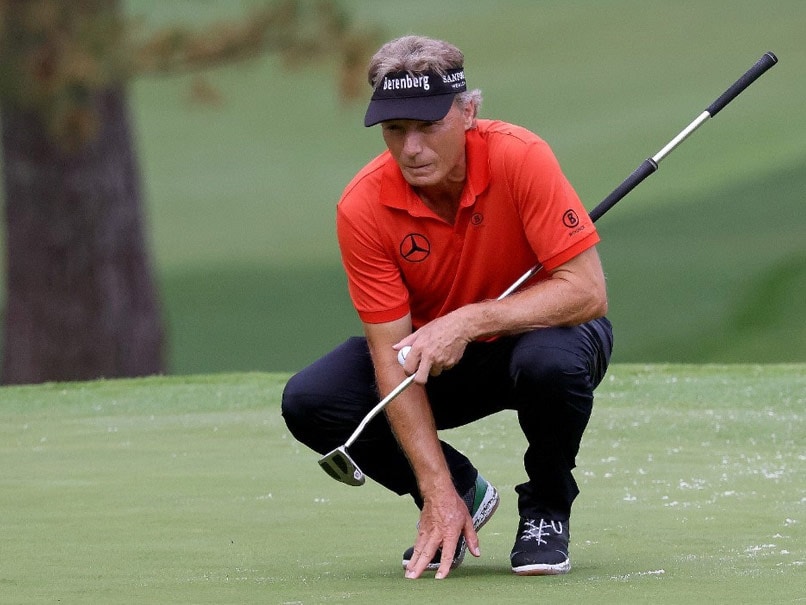 Bernhard Langer of Germany became the oldest player to make the cut in tournament history.© AFP

Two-time Masters champion Bernhard Langer of Germany became the oldest player to make the cut in tournament history Friday at Augusta National. The 63-year-old winner of green jackets in 1985 and 1993 finished 36 holes on three-under par 141 after completing a four-under par 68 first round and a second-round 73. The projected cut is a Masters record low 143, with 48 golfers yet to finish their darkness-halted second rounds. "To be the oldest to make the cut, it's certainly an achievement," Langer said. "Hopefully I get to play a few more years and enjoy this place.

"It's certainly not easy to do it."

Langer and 62-year-old Larry Mize became the first two over-60 players to shoot below par in the same major round when the 1987 Masters champion opened with a 70.

"No, it actually makes me feel older when I play with these young guys and I see how far they hit it and how short I hit it," Langer said.

"I like this golf course. I think I know how to get around it, even though I hit very long clubs. But it's certainly not easy."

Comments
Topics mentioned in this article
Bernhard Langer Golf
Get the latest updates on India vs South Africa and check out  Schedule, Results and Live Score. Like us on Facebook or follow us on Twitter for more sports updates. You can also download the NDTV Cricket app for Android or iOS.