Anirban Lahiri had a fine day with six birdies against two bogeys - those were the only holes he lost - and finished the match with two holes to go in World Golf Championship. 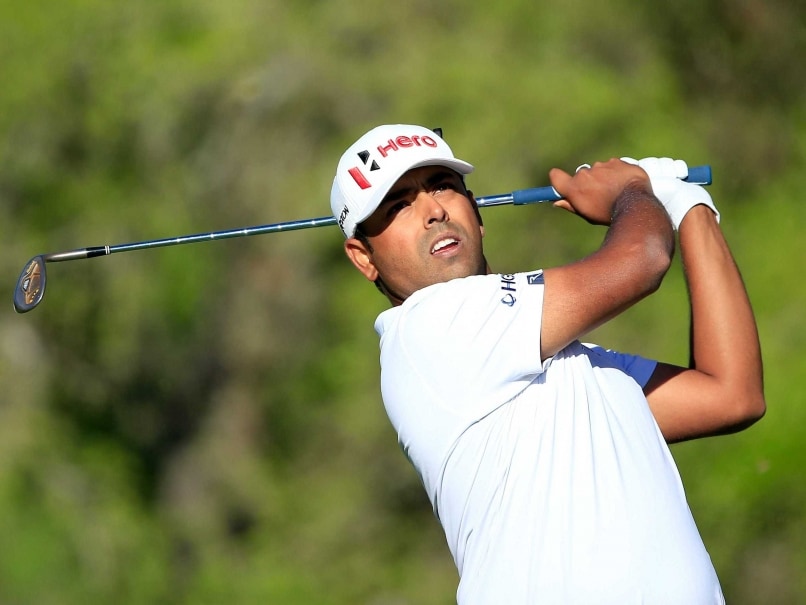 Indian golfer Anirban Lahiri finally scored a win in the World Golf Championship-Dell Match play, but it came a day late, as he was eliminated in the Group stage of the event on the PGA Tour. (Read More in Golf)

Lahiri beat Fabian Gomez 4&2 for his first win and ended with 1.5 points. Lahiri, who was outplayed by Matt Kuchar in the first match, halved his match with Justin Rose after leading for most the contest. He was two-before Rose birdied last two to snatch half a match.

Lahiri had a fine day with six birdies against two bogeys - those were the only holes he lost - and finished the match with two holes to go.

He actually trailed till the third and then evened the match on fourth. Then he won fifth, eighth, 15th and 18th holes to romp home a comfortable winner.

Last year Lahiri won one match and lost the other two, but this time he had one win, one loss and one tie.

Jordan Spieth was among the players to win all three matches. The others to have an all-win record were Jason Day, Bill Haas, Patrick Reed, Zach Johnson and Louis Oosthuizen. Rory McIlroy came through beating Kevin Na in a tie-breaker after halving his third match with Na.

Spieth meets Oosthuizen, while McIlroy is up against Zach Johnson.

Jason Day takes on Brandt Snedeker and Dustin Johnson meets Patrick Reed. The only Asian left in the field is Byeong-Hun An, who meets Rafa Cabrera Bello.