Anirban Lahiri Tied-Ninth After Second Round at World Golf Championship 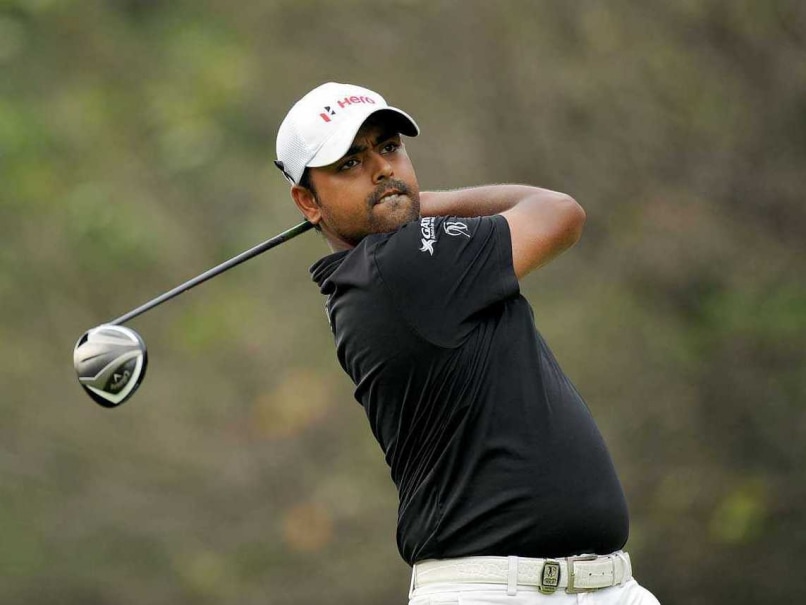 Anirban Lahiri is ranked 50th in the world.© NDTV
Doral:

Anirban Lahiri turned in a second successive two-under 70 and jumped into the top-10 at tied ninth at the midway stage of the USD 9.5 million WGC Cadillac Championships. (Anirban Lahiri Off to a Fine start, Placed Tied 11th at World Golf Championship)

Lahiri, who had three birdies -- two of them in last three holes and one bogey, is still six shots behind the leader, Adam Scott, who is looking to make it two wins in two weeks.

The Blue Monster, at the Trump National at Doral was somewhat more benign than it usually is with the wind not being as strong as it normally is but the layout continues to challenge the best pros in the world.

Lahiri hit solidly and putted well but was unable to hole them as he burnt the edges and stopped inches short at times.

For the second straight day, it was a shaky start with a bogey opening the proceedings. Lahiri got into problems by hitting his opening tee shot into the intermediate, from where he went into the left rough.

By the time he came to the green he had a 23-footer for par, which he missed. But he got into his stride quickly and settled in well by finding the greens with great regularity even when he was not on the fairway.

He birdied the par-four third with a seven-footer, and over the next six holes, he was consistently inside 20-feet with his approach, but always needed two putts for pars. He did miss a seven-footer for birdie on eighth.

On the turn, he was again steady, ensuring no mishaps. From 10th to 15th, he was again in the 40-70 foot zone and always got his pars, including one from eight feet on 11th and another from just over 12 feet on 13th.

The consistency paid off finally on 16th, when he hit his approach to under five and holed it for birdie and again on the challenging 18th, he holed a good 14-footer for his third birdie and wrapped up the round in 70.

"I played solid today after a poor start," said Lahiri. But he added, "I putted well, but found a lot of edges and didn't really hole a lot of putts (for birdies)."

He was happy with his game, as he summed up, "I found 15 greens today and that was great. It was nice to finish strongly (two birdies in last three holes) and it is important to take that momentum into the weekend."

Lahiri, winner of two co-sanctioned events with Asian and European Tours in 2015, including the Hero Indian Open, has made three cuts in five starts in 2015 with T-28 at Career Builder Challenge as his best.

Scott, second at Northern Trust Open two weeks ago and winner at Honda Classic last week, is back in the saddle at midway stage.

Scott's 6-under 66 got him to 10 under for the tournament and two clear of Rory McIlroy and defending champion Dustin Johnson. With three birdies in his last four holes Scott enters this weekend confidently.

Jordan Spieth made bogey on his final hole and shot even -par 72, leaving him seven shots off the lead in Tied-12th place. But Scott knows that hot in pursuit are Johnson (64), who shares second with McIlroy (65) and World No. 15 Danny Willett is in solo fourth after his 69. Just behind them are World No. 4 Bubba Watson (Tied-fifth) and Phil Mickelson (Tied-seventh).

Comments
Topics mentioned in this article
Anirban Lahiri Golf
Get the latest updates on ICC T20 Worldcup 2022 and CWG 2022 check out the Schedule, Live Score and Medals Tally. Like us on Facebook or follow us on Twitter for more sports updates. You can also download the NDTV Cricket app for Android or iOS.