Anirban Lahiri was four behind Scott Piercy and Marcus Fraser, who opened very strongly with 66 each. 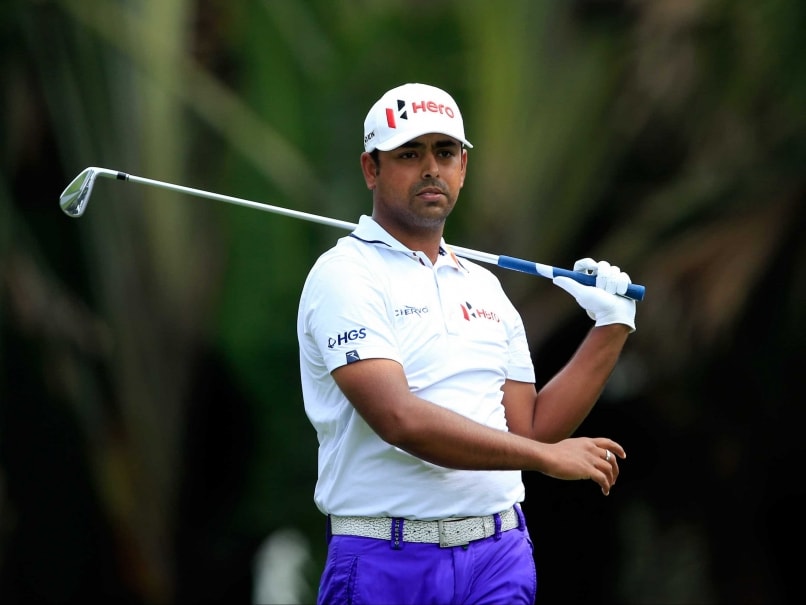 Anirban Lahiri said he was happy with the start but knows he has to be consistent for the next three days of the World Golf Championships-Cadillac Championship.© AFP
Doral:

India's Anirban Lahiri got off to fine start carding a decent two-under 70 to be placed tied 11th at the end of the first round of the $9.5 million World Golf Cadillac Championship, the first WGC event of the year. (Read More in Golf)

The event has no cut and the field has just 66 players.

Lahiri was four behind Scott Piercy and Marcus Fraser, who opened very strongly with 66 each. Tied at 11th with Lahiri were Rickie Fowler, Jamie Donaldson, Hideki Matsuyama and Matt Kuchar.

Playing at the Blue Monster at Doral, Lahiri had three birdies and three bogeys in his first nine, which started on the 10th. But on the second nine, he started with birdies on first and second and then added a third birdie on eighth. Put alongside a bogey on sixth, it meant a two-under 34 and a day's work of 70.

"It was a decent round. A couple of missed putts, but I hit it solid after a shaky start," said Lahiri, who played at the venue and event last year too.

"I am satisfied with the start and there's three more days and a lot of golf still to come."

Lahiri has had a decent enough start to his rookie season with three cuts in five starts and his finishes have all been inside top-40, including T-28 at Career Builder Challenge, where he had a share of the lead after the first day.

"I am getting used to the place and Tour and I'm loving my way around. And it's been a learning each week. I am feeling very relaxed as I go into the next days," he added.

On a day, when the win was just around a 5 to 10-mile-an-hour breeze, some players including world no 1 Jordan Spieth (69) said it was somewhat of a grind. Doral has a standard wind and that at times can be testing.

Lahiri admittedly had a shaky start. He missed a birdie from seven feet and missed a par-putt from five feet for a bogey on 11th, his second hole. But he recovered well with a lovely 30-footer for birdie on par-4 12th.

On a roller-coaster of a stretch with three birdies, three bogeys and three pars in the first nine holes, he birdied 12th from 30-feet, tapped in for another on 15th and holed a 15- footer for birdie on 16th. After bogeys on 11th and 13th, he went into water on 18th and managed to limit the damage to a bogey.

Beginning the second nine with a birdie on par-5, which he reached in two, he added another on par-4 second hitting his approach to six feet. Safe pars with two-putts from 40 and 26 feet, he missed a 15-footer for a birdie on fifth.

Lahiri missed a seven-footer for par on sixth, but did manage a birdie on par-4 eighth and then reached the green in regulation and two-putted from 35 feet for par on ninth.

Piercy, who brought in a new swing coach, Jeff Smith, reaped immediate benefits with a 66 and a share of the lead.

That came after eight hours on the range earlier in the week.

Piercy, a three-time winner on PGA Tour, made seven birdies in his first 11 holes.

Comments
Topics mentioned in this article
Golf Anirban Lahiri
Get the latest updates on ICC T20 Worldcup 2022 and CWG 2022 check out the Schedule, Live Score and Medals Tally. Like us on Facebook or follow us on Twitter for more sports updates. You can also download the NDTV Cricket app for Android or iOS.