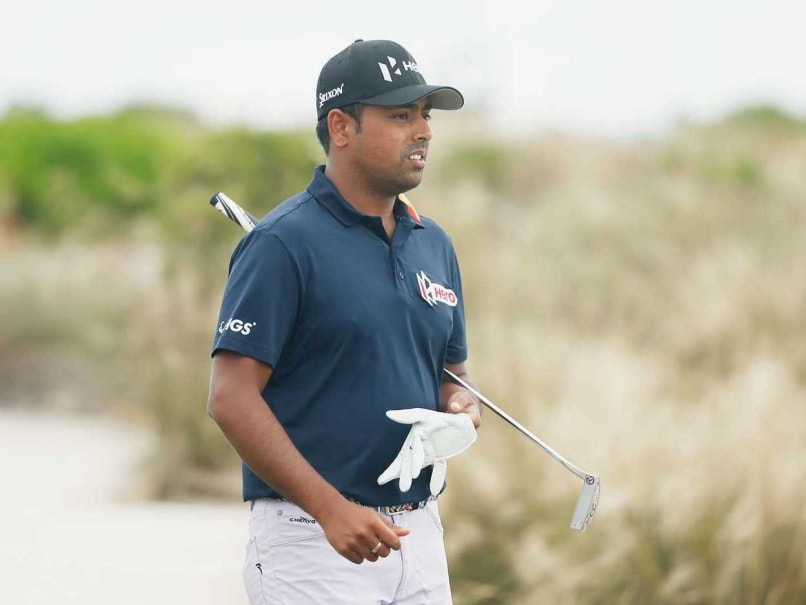 Anirban Lahiri failed to recreate his performance of 2015 and exited midway through the 98th PGA Championships as he carded a second successive three-over 73 at the Baltusrol Golf Club here.

At six-over 146, he missed the cut by four shots. Last year the 29-year-old was tied-fifth for the best ever finish by an Indian at any Major.

Lahiri's hopes of a fast start and intentions of making amends for his first round 73 suffered a setback with a bogey on first and he had yet another one on fourth.

From thereon he was trying to catch up and putts just did not fall. Two more bogeys on 11th and 12th virtually ended his hopes and the lone birdie of the day on 18th was a mere consolation as he ended at six-over and way off the cut mark of two-over.

Lahiri will next be seen in action at the Rio Olympics, starting August 5.

Japan's Yuta Ikeda led the Asian Tour charge after carding a second round three-under-par 67 to take a share of 13th place. Ikeda, seventh on the Asian Tour Order of Merit, mixed his card with five birdies and two bogeys to trail leaders Jimmy Walker and Robert Streb by six shots with his two-day total of three-under-par 137.

Korea's KJ Choi and Australia's Scott Hend both slipped to tied-22th after carding identical 70s while Younghan Song and Marcus Fraser are a further shot back in equal 34th position.

Thailand's Kiradech Aphibarnrat and Thongchai Jaidee scrapped it into the weekend rounds right at the cut-line which was set at two-over par.

Right at the top, American Jimmy Walker posted a second consecutive strong round, but countryman Robert Streb shot a remarkable seven-under 63 to grab a share of the lead at the halfway point of the tournament.

Streb, however, joined him at the top of the leaderboard at nine-under 131 by shooting the low round of the tournament thus far, with eight birdies. His lone slip-up was a bogey on the par-three 16th hole.

The two-day leading total of 131 ties the PGA Championship record for the low first 36 holes.

Argentina's Emiliano Grillo continued his strong play and is in a tie for second with Day at seven-under 133 after shooting a 67 on Friday.

American world No.3 Jordan Spieth also shot 67 on Friday to move to three-under 137 for the tournament, but countryman and world No. 2 Dustin Johnson missed the cut after his horrific seven-over 77 on Thursday with a 72.