Anirban Lahiri was tied in 77th position in the first round of the Northern Trust Open golf tournament. 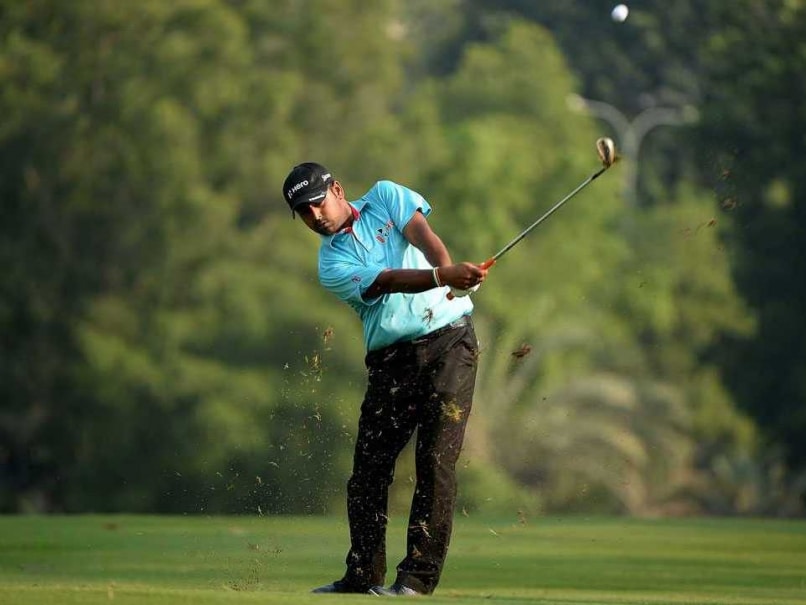 Anirban Lahiri started his round late due to bad weather and he ended up with three bogeys.© NDTV

India's Anirban Lahiri was one-over through 16 holes and will need to come back to complete remaining two holes in the first round of the Northern Trust Open golf tournament at the Riviera Golf and Country Club. (Latest Golf News)

Lahiri, who was among the late starters, had two birdies against three bogeys when darkness led to suspension of play with 14 players yet to complete their first round.

It was a nice weather as early showers gave way to partly cloudy conditions in the morning before sunshine and mid-60 temperatures in the afternoon.

Lahiri starting from 10th birdied the 11th, but gave back shots on 12th and 15th. Then on par-3 fourth, his tee shot landed just two feet away for a nice birdie, but with darkness enveloping the course, he bogeyed the seventh.

A birdie chance from 12 feet on the par-5 first was some of the missed chances, as also a couple from around 12-15 feet, as Lahiri did not find the greens as often as he usually does.

Rory McIlroy, who his making his debut at the Riviera, shot four-under 67 and was tied fourth, while World No. 1 Jordan Spieth endured one of his worst rounds with a eight-over 79. The round included eight bogeys and one double bogey.

Â After missing the cut in his last four starts, Villegas got rolling yesterday with an opening-round 63. The four-time winner is looking for his first top-10 finish since his victory at the Wyndham Championship in 2014.

Villegas reached the ninth tee (his 18th hole) at nine-under-par needing a birdie to match the course record. After a wayward approach, he was unable to get up and settled for bogey on his final hole.

Bubba Watson, playing in the Northern Trust Open for the 10th consecutive year, recorded his lowest first-round score ever at five-under-par 66.

This is Watson's fifth start of the 2015-16 PGA TOUR season. His best finish (T10) came at the Hyundai Tournament of Champions, but he won the Hero World Challenge in December.

Playing at The Riviera Country Club for the first time in his career, McIlroy is four shots off the lead. Starting on the 10th hole yesterday, the four-time major champion recorded three birdies and one bogey going out with two birdies on his final nine holes.

Defending champion Dustin Johnson finished the first round of his title defense at three-under-par. Johnson is trying to extend his TOUR-leading consecutive seasons with a victory streak to nine.