Anirban Lahiri, who won the Malaysian Open at this same venue in February and two weeks later added the Indian Open, totalled 14-under 27. 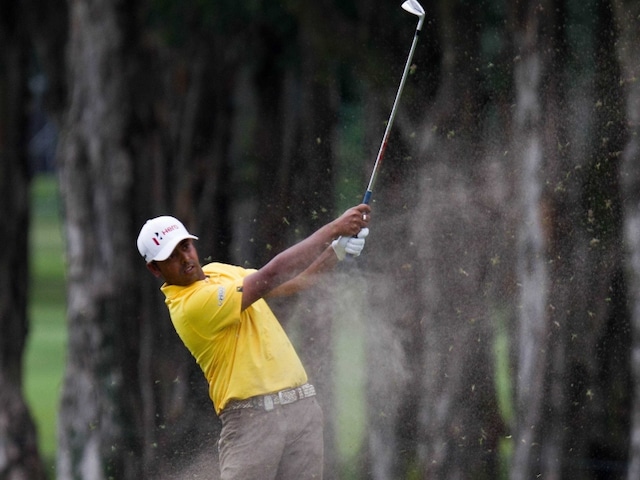 Anirban Lahiri did not quite manage the kind of a finish he was looking for at the CIMB Classic as he closed the week with two-under 70 and ended tied 21st on Sunday. (Click her for latest Golf stories)

But the USD 78,400 he took home from the USD 7 Million event, ensured that he was almost home in his race to win the Asian Tour's Order of Merit.

Lahiri, who won the Malaysian Open at this same venue in February and two weeks later added the Indian Open, totalled 14-under 274 as Justin Thomas overcame a double bogey to shoot 66 and win at 26-under 262.

Thomas managed to keep at bay Adam Scott, whose flawless 63 brought him within one shot.

India's other entrant in the event, SSP Chawrasia had his first under-par round at 71 and with a total of three-over 291 he was 73rd.

Lahiri, who played in his first Presidents Cup three weeks ago and is now ranked 37th in the world, was disappointed he didn't put a better showing at the West course where he had won the Malaysian Open earlier this season.

The CIMB Classic, which is the only event co-sanctioned between Asian and PGA Tours, was also Lahiri's first on PGA Tour for the 2015-2016 season.

"I didn't get any momentum," said Lahiri. "Having said that, it's not a bad week. It's a decent week, but definitely not what I had hoped for. I didn't hit my irons very good this week. I think that has been my strength over the last few weeks but this week my iron play wasn't very good."

He also did not hole too many putts and it left too far behind on the weekend to make a charge.

On the final day, Lahiri opened with a bogey but three birdies in next six holes raised visions of a charge. But it did not happen as he had just one birdie on 14th and one bogey on 12th.

Thomas entered the final round tied with Brendan Steele at the top of the leaderboard and walked away with a one-shot win over Adam Scott at the CIMB Classic after a 6-under 66 on Sunday.

Thomas becomes the youngest champion of the CIMB Classic at the age of 22 years, 6 months, 3 days.

The CIMB Classic is the fourth consecutive TOUR event won by a player under the age of 24 dating back to last season.