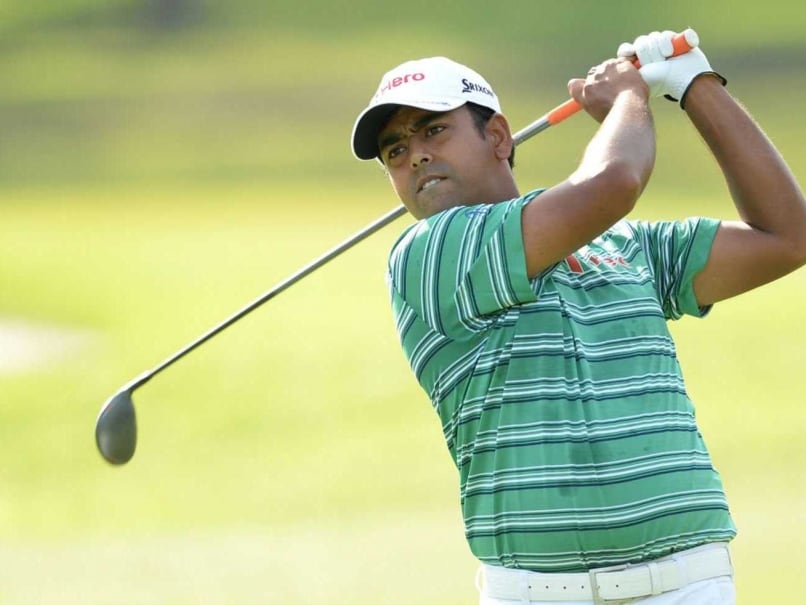 Anirban Lahiri is ranked 49th in the world.© AFP
Doral:

Lahiri, starting the day at five-under and in tied-seventh place, slipped to tied 28th at two-over.

He was done in by a five-hole stretch from third to seventh holes, when he bogeyed all five of them, finding either rough or one of the bunkers.

With the wind blowing 15-20 mph, Trump National Doral began to show its teeth and played the toughest it had all week, nearly a full two strokes over par.

The lone bright spot in the day was a 22-foot birdie on 17th and despite a lower-than expected finish, he still moves up on the FedEx Cup ladder to 92nd, up from 104th at the start of the week.

Lahiri will now take a break and return to India to defend his Hero Indian Open title. After which he would go back to USA for the PGA Tour and the Masters next month.

Meanwhile, the 35-year-old Adam Scott, continued his blistering run, as he added the WGC-Cadillac to make it two wins in two weeks.

Scott, who finished second in Northern Trust Open and then won the Honda Classic last week, maintained his form and moved to No. 6 in the world. He shot 69 to finish at 12-under 276 for the week and moves to the top of the FedExCup standings with the win.

Scott, who had two double bogeys in first five holes, played his last 13 holes in six-under and overtook Rory McIlroy and the rest for a second WGC title in his career.

Lahiri opened with a pair of pars before running into rough weather when he found only 50 per cent of the fairways and found a lot of bunkers and roughs. He managed to scramble successfully only once in five times and missed a few putts too.

Lahiri had six bogeys, a double bogey on 16th, when he not only went into the bunker twice but also missed a bogey putt. He had just one bogey.

Scott went from three down at the start of the afternoon, to two down after one hole, to six back after five and finally when the dust had settled over Trump National Doral he was right on top and one ahead of Watson.

Comments
Topics mentioned in this article
Anirban Lahiri Golf
Get the latest updates on ICC T20 Worldcup 2022 and CWG 2022 check out the Schedule, Live Score and Medals Tally. Like us on Facebook or follow us on Twitter for more sports updates. You can also download the NDTV Cricket app for Android or iOS.