Anirban Lahiri Falters in First Round at PGA Championships

Anirban Lahiri got off to a terrible start with bogeys on the third and fourth holes, as he missed very short par putts inside five feet that set the trend for the day 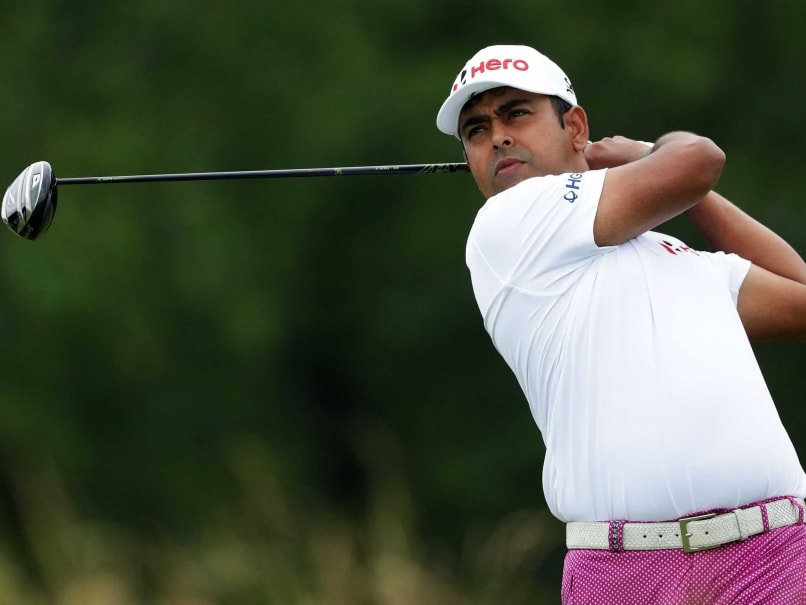 Anirban Lahiri had a rough start to the PGA Championships as he struggled in the first round.© AFP

Anirban Lahirigot off to a rough start with a three-over 73 that placed him way down in 107th place on the opening day of the first round of the 98th PGA Championships.

Lahiri, who plays at the Olympic Games in the closing stages of a packed season, had two birdies, three bogeys and a crippling double bogey that saw him tumble down the leaderboard.

Lahiri got off to a terrible start with bogeys on third and fourth as he missed very short par putts inside five feet and that set the trend for the day, even though he stemmed the rot for next five holes.

A birdie on 10th gave him hopes of revival but bogey on 13th and a double on par-4 15th meant he was four-over with three to play. A birdie on 17th was a consolation but it left him with a huge task of making up on second day.

Lahiri had only 50 per cent accuracy off the tee, but he had 16 greens and he missed a lot of putts which meant a disappointing card. Through this season, Lahiri has played well from tee to green and then missed a lot of putts. It has resulted in just one Top-10 finish in the season where he has made 16 cuts in 20 starts.

Lahiri said, "Putting has been the area that I need to work on. I am trying but there is still some work to be done. Hopefully I can get things moving on second day and hopefully on the weekend."

Jimmy Walker, who missed the cut at the Open, began the PGA in style with sole lead at five-under and he is one ahead of Emiliano Grillo and Ross Fisher. Open winner, Henrik Stenson is in Tied fourth with five others including Martin Kaymer at three-under.

Among the other big names, Jordan Spieth and Jason Day shot 68, Danny Willett shot 71 and Rory McIlroy went for 74. The PGA Championships is the last major and includes 97 of the world's Top-100 in the field.

Choi and Hend both mixed their cards with four birdies and two bogeys to share ninth place with 10 other players that include world number one Jason Day and Major winner Louis Oosthuizen of South Africa at Baltusrol.

Apart from Lahiri Korea's Jeunghun Wang also had a day to forget with his opening 73.

Comments
Topics mentioned in this article
Golf Anirban Lahiri
Get the latest updates on ICC Women's Cricket World Cup 2022 and IPL 2022, check out the Schedule , Live Score and IPL Points Table. Like us on Facebook or follow us on Twitter for more sports updates. You can also download the NDTV Cricket app for Android or iOS.