At four under 212, Aditi Ashok was tied-10th and five behind the leader Lee Ann Pace (68), who is at nine under 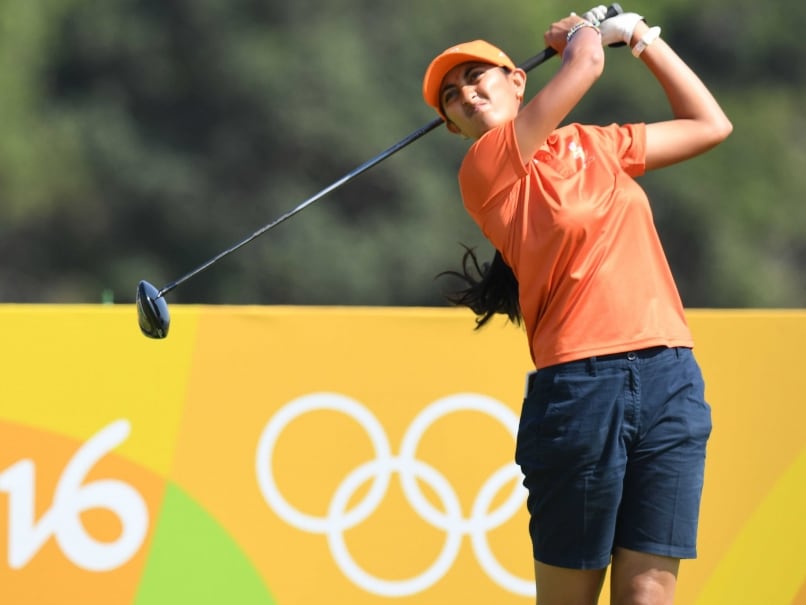 Aditi Ashok had 10 pars in a row before finding her first birdie on 11th.Â © AFP

Patience and grit through most part of the third day at the ISPS Handa Ladies European Masters paid Aditi Ashok rich dividends as she came back with a round of 70.

The 18-year-old Aditi endured missed putts but stayed patient as she had 10 pars in a row before finding her first birdie on 11th.

Four more pars followed before she gained a shot apiece on 16th and 17th to zoom to seventh on the leader board and just three of the leaders.

But hoping to cash in on the momentum, she succumbed to her first bogey of the round on the very last hole. But her round of 70 gave her a three-day total of four under 212.

German Sandra Gal buoyed by an eagle and six birdies against one bogey rose to eight under and one behind shared Lee Ann Pace.

Spaniard Belen Mozo was also nine under but with one more hole to play. American Katie Burnett, In Kyung and Sandra were tied third at eight under.

Earlier on Friday, at one stage in the second round, Aditi was five-under through 13 holes. Then back-to-back bogeys on third and fourth, which were her 14th and 15th holes she dropped a shot each to come back with a day's total of three-under 69 and a 36-hole aggregate of two-under.

She was tied-11th and six shots behind the leader. On the first day, Aditi had one-over 73.

Aditi dropped bogeys on third and fourth holes on both Thursday and Friday but on Saturday, the moving day with the front side of the course playing tough, she came through unscathed with nine straight pars and added a 10th before sinking her first birdie on 11th.

Aditi, who won the Ladies European Tour Qualifying School to earn her LET card, also played the Olympic Games, where she was inside top-10 after first two days before dropping down the leaderboard to tied 41.

In her rookie year as a pro, she also made the Women's British Open but in the main event, she missed the cut.

Her growth in women's golf augurs well for India as she is seen as one of the rising stars on Ladies European Tour.