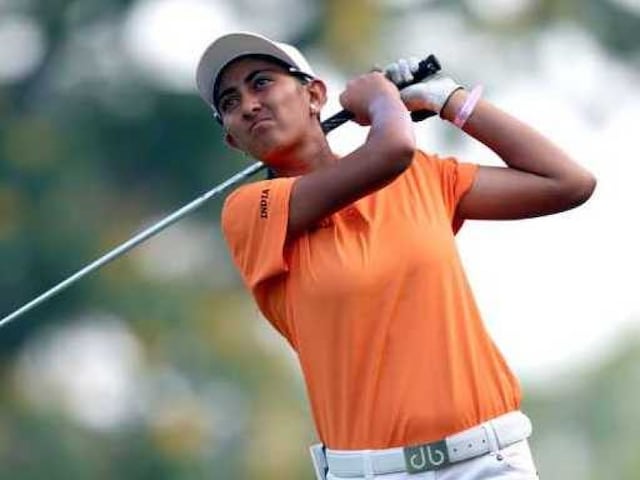 Aditi Ashok is now due to play the qualifiers for the US Women's Open and Evian Championships, two of the five Majors for women. (Image Courtesy: http://www.halogolf.com)© Twitter

Indian golfer Aditi Ashok rounded off another creditable week in her rookie season with an even-par 72 to finish tied 27th in the USD 600,000 Buick Championships on Sunday.

Aditi, who played the week without a practice round as her bags arrived late, totalled four-over 292.

Aditi, who was tied 21 at the Lalla Meryem Cup last week, has had a good start to the season despite missing the cut in her first tournament in New Zealand. After three events, Aditi is now 39th on the Ladies European Tour Order of Merit.

Aditi was happy with the way she played in the tough conditions.

"The conditions were cold and windy especially on my back nine. I had a tough stretch with a bogey and a double on first two holes (my second nine today). Otherwise I played well," she said.

On the number of birdies, she had, Aditi said, "I made five birdies in the final round, which was good. In total I made 12 birdies over four rounds but I made a few errors over the four day rounds and that cost me a few shots. Hopefully I can build on this and work on my game for the next few days."

Aditi is also due to play the qualifiers for the US Women's Open and Evian Championships, two of the five Majors for women.

Sharing the lead for the last three rounds, both Choi and Feng carded 67s in testing conditions for a matching 72-hole total of 14-under-par.