Vietnam signed up for Formula One hoping the glamour of the sport could reflect the country's economic lift-off and reshape Hanoi's staid image, much as it has done for Singapore. 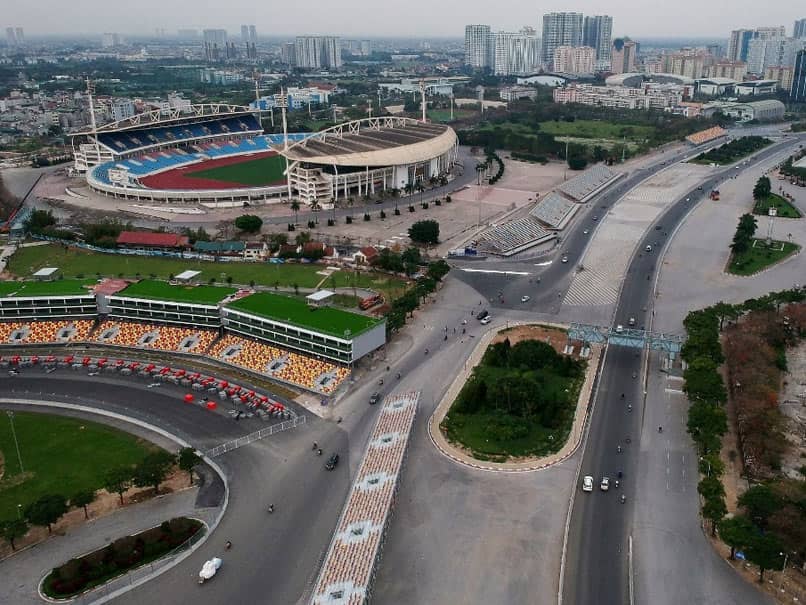 Vietnam's inaugural Formula One Grand Prix "might not happen" next year, a source told AFP on Tuesday, as a report said it had been dropped from the 2021 calendar following the arrest of a key official. Doubts about the race arose after Nguyen Duc Chung, who was Hanoi's mayor and a major supporter of the grand prix, was arrested on corruption charges in August. "Without Chung, the future of the race in Hanoi is gloomy. It might not happen," a source close to the race told AFP on condition of anonymity.

There has been no word from Vietnamese authorities on whether the race, postponed from April and then cancelled because of the coronavirus, would make its belated debut next year.

Some spectator stands have been removed from beside the track.

And the BBC said the date of the grand prix, April 25, has been left blank on a 22-race 2021 schedule to be published on Tuesday.

The report said the move was triggered by the arrest of Chung, who struck the deal to host the race, for the alleged "appropriation of secret state documents".

Three others including his driver were arrested in the case, which is not related to the grand prix.

Chung, 53, was suspended as mayor two weeks before his arrest. The one-time director of Hanoi's police department was appointed chairman of the Hanoi People's Committee in 2015.

Vietnam signed up for Formula One hoping the glamour of the sport could reflect the country's economic lift-off and reshape Hanoi's staid image, much as it has done for Singapore.

The communist nation inked a 10-year deal with Formula One in 2018. State media said it would cost the country $60 million per year.

The fee has been picked up in full by the country's largest private conglomerate, VinGroup, which had been hoping to dazzle with a night race.

Officials said the 5.565-kilometre track in Hanoi was ready ahead of schedule.

Vietnam last month formally cancelled the 2020 grand prix due to concerns that teams and fans coming from overseas could spark a new outbreak of Covid-19.

Authorities have allowed very few commercial flights into Vietnam since borders were largely closed in March, and tourist visas are still suspended.

The country has gained plaudits for its handling of the coronavirus, with just 1,215 recorded cases and no community transmission for more than two months.