Lewis Hamilton Says "No Guarantee" He Will Remain In Formula 1

Lewis Hamilton has many interests outside motor racing including fashion, music and human rights issues and has often said that he plans to remain active when he retires. 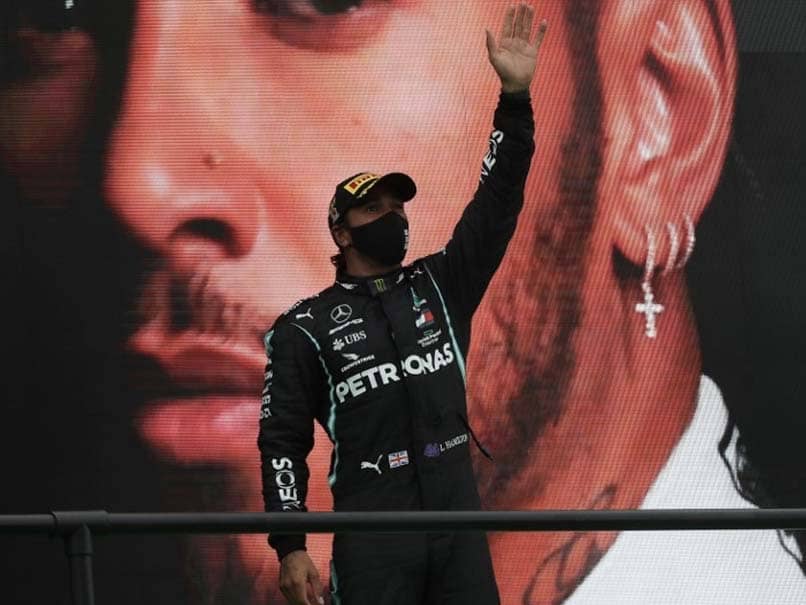 Lewis Hamilton stunned Formula One on Sunday when, hours after winning the Emilia Romagna Grand Prix, he admitted that he did not know if he would still be in the sport next season. Speaking during a post-race news conference, the six-time world champion told reporters there was "no guarantee" that he would continue and added that "there's a lot that excites me with the after-life - time will tell!" Hamilton's victory, a record-extending 93rd of his career, in Sunday's race clinched Mercedes' record seventh consecutive constructors title - an achievement he attributed to the team's "unsung heroes" and the leadership of team boss Toto Wolff.

Both men are out of contract at the end of this season and, for that reason, the subjects of much speculation.

When Hamilton was asked if Wolff's likely departure from his current position next year would have any bearing on his own decision, he said it did not concern him.

"I don't even know if I'm going to be here next year so it's not a concern for me at the moment," said Hamilton.

He later clarified his position when he added: "I would like to be here next year, but there's no guarantee of that for sure. There's a lot that excites me of the 'after-life' so time will tell."

He has many interests outside motor racing including fashion, music and human rights issues and has said often that he plans to remain active when he retires.

His only remaining rival, team-mate Valtteri Bottas, who finished second in a Mercedes one-two on Sunday, must beat him by eight points to prolong the title fight.

Wolff has said he wanted to step back and spend more time with his family and admitted that he was looking for a likely successor in his role.

"I understand and we have a lot of deep conversations, Toto and  I, so I am very, very aware of where he is mentally -- and we share and carry a lot of the weight together I think," Hamilton explained.

"I've been here a long, long time and I can definitely understand wanting to pull back a little bit and give time to things like family and those things."

"That's why we have the success that we have because he's found the right people and put them in the right places, in the positions to be able to shine as bright as possible."

He added he felt fit and strong and could continue.

"Well, we are in November and it's crazy that Christmas is not that far away."

"I feel great and I feel very strong. I feel like I could keep going for plenty of months, but you mention Toto and shelf-life, so there's multiple things that stay top of my mind."