German racer Sophia Floersch hurtled into marshals and photographers after flying off the track during the Macau Gran Prix. 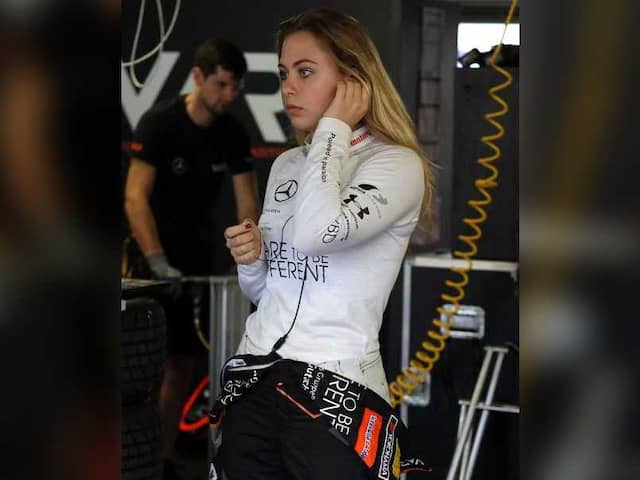 Sophia Floersch was admitted to the emergency room of a Macau hospital with a spinal fracture.© AFP

A 17-year-old female driver spent at least seven hours in surgery on Monday, after fracturing her spine in a horrifying crash at the Formula Three Macau Grand Prix. The German racer Sophia Floersch hurtled into marshals and photographers after flying off the track on Sunday. "She was admitted for surgery at 10am (0200 GMT) and it is still ongoing," a press spokesman for Macau's health authority told AFP late on Monday afternoon. Dramatic footage captured gasps from the crowd as the Van Amersfoort Racing driver's car flew through the air in and into safety netting at the Guia Circuit's Lisboa bend, a sharp right-hander.

A medical report sent to AFP said Floersch was admitted to the emergency room of a Macau hospital with a spinal fracture in a stable condition.

"Just wanted to let everybody know that I am fine but will be going into surgery tomorrow morning," she said.

"Thanks to everybody for the supporting messages."

Japanese driver Sho Tsuboi, two photographers and a marshal were also taken to hospital for treatment.

The marshal suffered a broken jaw, while another victim had abdominal pain from a lacerated liver, according to the medical reports by the Macau Grand Prix sent to AFP.

"I hope everybody's OK after this crash, I wish them the best recovery," said European champion Mick Schumacher, the son of stricken F1 legend Michael, according to the Post.

Nineteen-year-old Briton Dan Ticktum of Red Bull Junior Team won the race on the fabled Macau street circuit, which has been graced by F1 greats such as Schumacher senior and Ayrton Senna.

In 2012 Portugal's Luis Carreira and Hong Kong's Phillip Yau were killed within two days of each other during the Macau Grand Prix.