Other than Sophia, Japanese driver Sho Tsuboi, whose car was also affected during the crash, two photographers and a marshal were taken to a hospital. 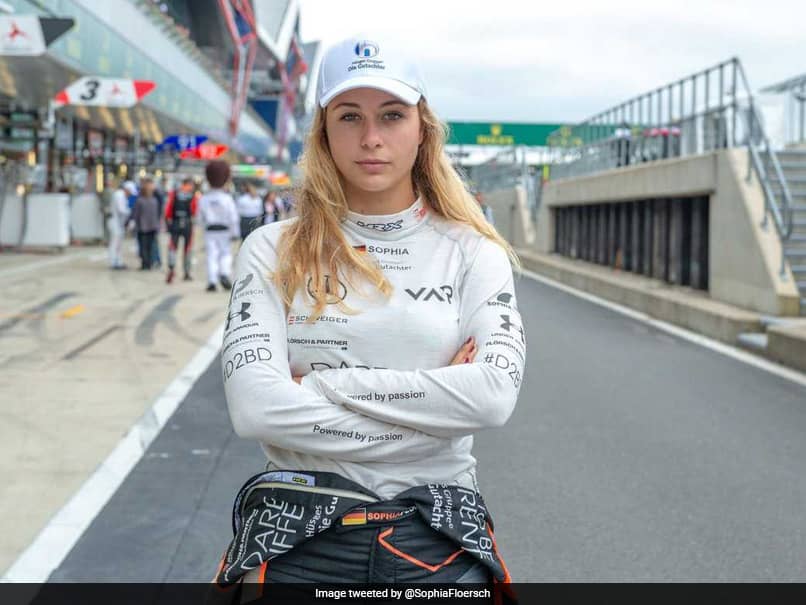 Van Amersfoort Racing's Sophia Floersch was involved in a horrific crash during the Formula Three Macau Grand Prix on Sunday. Soon after the incident, Van Amersfoort Racing took to Twitter to declare that Sophia suffered a spinal fracture, and the medical report tweeted by the team further had mentioned that her "vital signs are stable". The 17-year-old's car flew off the track and crashed into a safety netting at Guia Circuit's right-handed Lisboa bend. Although Sophia was found conscious and stable, Japanese driver Sho Tsuboi, whose car was also affected during the crash, two photographers and a marshal were taken to a hospital. The incident was recorded by a member in the audience.

Sophia Flrsch huge crash at Formula 3 Macau Grand Prix.
"No official updates regarding Flrsch's condition, or the state of anyone at the crash site, have been given."#SophiaFloersch #MacauGP #MacauGrandPrix #Formula3 pic.twitter.com/wG0SKVqJiz

The German teenager, running 16th, lost control in a contact down the straight, launched off a kerb and bounced off Tsuboi's TOM's racing car.

The marshal suffered a broken jaw, while another victim had abdominal pain from a lacerated liver, according to medical reports by the Macau Grand Prix sent to AFP.

Giving an update on her injury, Sophia Floersch took to Twitter and said that she will be going into surgery on Monday morning.

Just wanted to let everybody know that I am fine but will be going into Surgery tomorow morning. Thanks to the @fia and @hwaag_official @MercedesAMGF1 who are taking great care of me.
Thanks to everybody for the Supporting messages.
Update soon.

"I hope everybody's OK after this crash, I wish them the best recovery," said European champion Mick Schumacher, the son of stricken F1 legend Michael, according to the Post.

Nineteen-year-old Briton Dan Ticktum of Red Bull Junior Team won the race on the fabled Macau street circuit, which has been graced by F1 greats such as Schumacher senior and Ayrton Senna.

The Macau Grand Prix also saw two deaths in 2012 when Portugal's Luis Carreira and Hong Kong's Phillip Yau were killed within two days of each other.