Sebastian Vettel said Ferrari have to remain calm and avoid any sense of frustration as they seek to shake off a dismal Belgian Grand Prix weekend ahead of their home Italian race next Sunday. 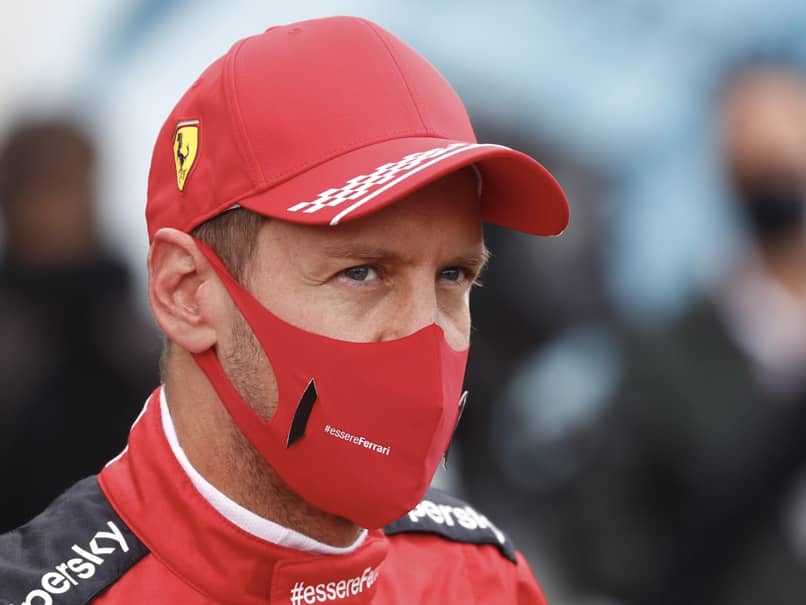 Sebastian Vettel said Ferrari have to remain calm and avoid any sense of frustration as they seek to shake off a dismal Belgian Grand Prix weekend ahead of their home Italian race next Sunday. The four-time champion, who is in his final season with the Italian team, finished 13th on Sunday, one place ahead of team-mate Charles Leclerc, who won last year's race. Neither driver was able to make any impression, as Ferrari struggled and finished pointless outside the top ten. At one stage, the drivers almost collided as they banged wheels in a scrap over 12th position.

"It was very difficult to have any decent pace in this race or this weekend," said Vettel. "There are a lot of things we have learned and we have to stay calm and not frustrated.

"Being frustrated normally does not lead you anywhere. We have to be calm, be realistic and not expect any miracles.

"The package we have is what it is and we have to focus on the good things even if there are not many of them."

Vettel added that he and the team were very conscious of "the two important weeks coming up" with their home Italian Grand Prix at Monza next weekend being followed immediately by the Tuscany Grand Prix at Mugello to celebrate Ferrari's 1,000th F1 race.

"The next is Monza - it means a lot to us and we have to keep fighting," he said, as the team prepares to return to the 'temple of speed' for a race behind closed doors.

Vettel again expressed his own frustration during the race, questioning Ferrari's race strategy while Leclerc was pitted an unexpected second time.

The German, linked with a move next year to Aston Martin, the re-branded Racing Point team, has won three times before at Monza, but his wins in 2008, 2011 and 2013 were with Toro Rosso and then, twice, with Red Bull.

Leclerc won last year's Italian Grand Prix for Ferrari, but the team are significantly down on power this season compared to last year.

Sebastian Vettel Belgian Grand Prix Formula 1
Get the latest updates on India vs England Series, India vs England , live score and IPL 2021 Auction . Like us on Facebook or follow us on Twitter for more sports updates. You can also download the NDTV Cricket app for Android or iOS.