Lewis Hamilton blamed the record-breaking European heat wave as Mercedes finished behind Ferrari ahead of this weekend's German Grand Prix. 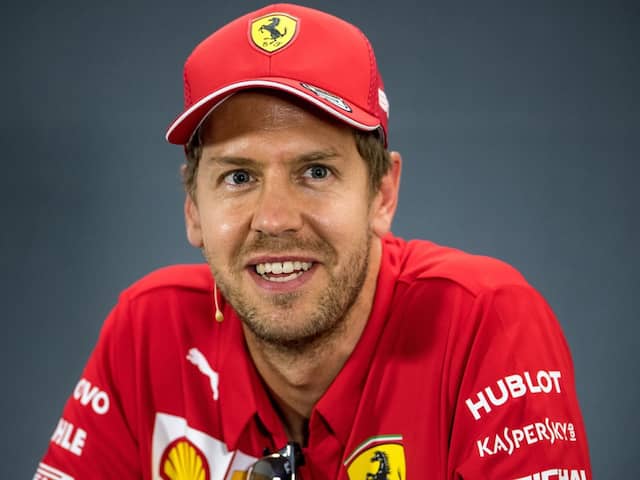 Ferrari's Sebastian Vettel said he would be happy to carry on perspiring.© AFP

While Lewis Hamilton was left hoping for rain over the rest of the weekend, after Mercedes struggle in scorching heat in Friday's practice at Hockenheim, Ferrari's Sebastian Vettel said he would be happy to carry on perspiring. Hamilton and team-mate Valtteri Bottas blamed the record-breaking European heat wave as Mercedes finished behind Ferrari ahead of this weekend's German Grand Prix. In blazing sunshine, with air temperatures reaching 37.5 and the track 57 degrees Celsius, Charles Leclerc topped the times ahead of team-mate Vettel. Hamilton was third and Bottas fourth.

"The tyres don't like the temperature," said defending five-time champion Hamilton. "They are always just a little bit above the working range and always just over-heating. That's been our main issue, but everyone is in the same boat."

Hamilton said that the forecast rain, due to arrive on Saturday, would be welcome, but would also render Friday's efforts and outcomes useless.

"If it's going to rain over the weekend, this is kind of a waste of a day," he said. "I don't think we learned that much today, with it being so hot. If it's cooler at the weekend and dry, nothing from today really applies.

"The tyres will come towards us and everybody will be quicker and more comfortable on the track, but we will have to wait and see... I love the rain - so any rain is always a good thing for me!"

After revelling in the conditions, Vettel disagreed.

"It would be nice to have a really hot race," said the four-time world champion.

"It's fun in the car! I quite like to break sweat. But I don't know - the forecast says it won't be like today again."

He added: "I don't know how much Mercedes and Red Bull had to compromise for the heat. It impacts everyone and everyone was opening up the cooling to the maximum."

Mercedes, like most of the leading teams, introduced a package of aerodynamic updates that included revisions to improve their cooling systems following the team's only defeat this year at last month's Austrian Grand Prix.

"It was extremely hot and I can't remember driving in these kind of conditions," Bottas said. "But it is the same for everyone. We had lots of overheating, especially in sector three with the corner combinations.

"The car slides more and becomes more sensitive. You pick up 10 degrees of extra tyre temperature and can lose two-tenths like that."