Al-Hamad drove a 2012 car, in which Kimi Raikkonen won that year's Abu Dhabi Grand Prix, as part of a parade of the French manufacturer's cars to mark the return of the race after a 10-year absence. 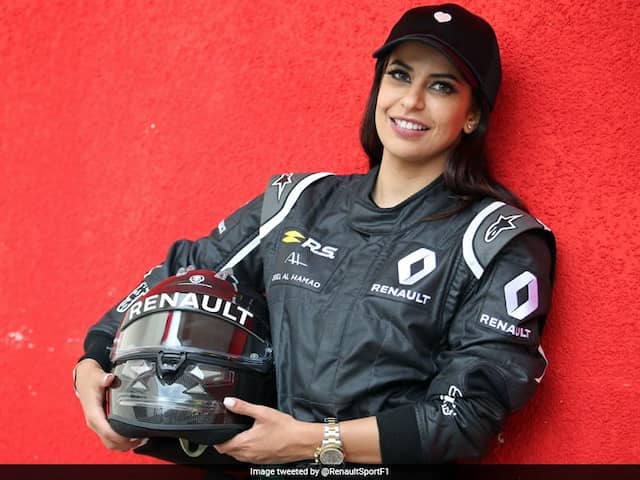 Saudi Arabia finally lifted the decade-old driving ban, allowing the women of the country to get behind the wheel. The first licences to women drivers were issued earlier this month, although the change was announced last September. The Middle Eastern nation was the only country left in the world where women could not drive and families had to hire private chauffeurs for female relatives. To mark the special day, Saudi Arabia's Aseel Al-Hamad, the first female member of her national motorsport federation, got a chance to drive a Renault Formula One car ahead of the French Grand Prix on Sunday.

Saudi Arabian Aseel Al-Hamad, the first female member of the Saudi Arabian Motorsport Federation, to drive the @PaulRicardTrack, in the 2012 @RenaultSportF1 car today ahead of the #FrenchGP.
https://t.co/tzyEzSfs7I#RSspirit #RACEday #SheDrives pic.twitter.com/N6WhhUpAWs

Renault said Al-Hamad drove a 2012 car, in which Kimi Raikkonen won that year's Abu Dhabi Grand Prix, as part of a parade of the French manufacturer's cars to mark the return of the race after a 10-year absence.

Al-Hamad is a keen driver and motorsports enthusiast. "I have loved racing and motorsport from a very young age and to drive a Formula One car goes even beyond my dreams and what I thought was possible.

"It is a genuine honour to drive in front of the crowds at the team's home race in France.

"I hope doing so on the day when women can drive on the roads in the Kingdom of Saudi Arabia shows what you can do if you have the passion and the spirit to dream."

Aseel is responsible for the creation of strategies to promote the education and training of women in motorsport in Saudi Arabia.

In the first French Grand Prix in a decade and the first to be held at the Le Castellet circuit for 28 years, Mercedes' Lewis Hamilton will start from the front row, where he will be joined by teammate Valtteri Bottas. Championship leader Sebastian Vettel will start third at Circuit Paul Ricard as he bids for a fourth victory of the season after previous triumphs in Australia, Bahrain and Canada.

Kimi Raikkonen Paul Ricard French Grand Prix Formula 1
Get the latest Cricket news, check out the India cricket schedule, Cricket live score . Like us on Facebook or follow us on Twitter for more sports updates. You can also download the NDTV Cricket app for Android or iOS.