Lewis Hamilton made clear that he did not ask for any assistance from team-mate Valtteri Bottas. 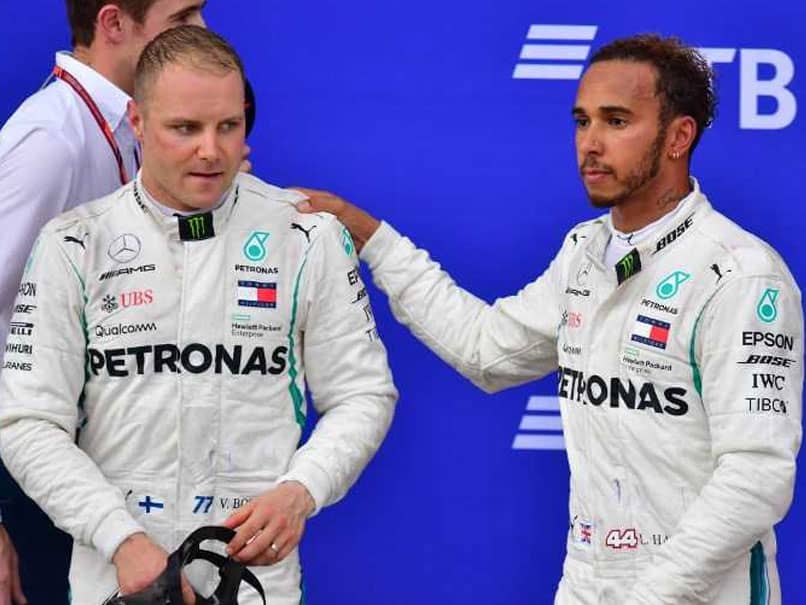 Lewis Hamilton, who registered his third win in Russia is the reigning world champion.© AFP

A downcast Lewis Hamilton said his victory in Sunday's Russian Grand Prix aided by Mercedes team orders was "the strangest day" of his career. While title rival Sebastian Vettel of Ferrari said it had been a "no brainer" for Mercedes to order Valtteri Bottas to allow Hamilton to win and increase his championship lead to 50 points, Mercedes were left squirming with embarrassment. "It's honestly the strangest day I can remember having in the sport in my career," said Hamilton, the reigning world champion.

"I remember we've crossed the situation before and I've always felt super uncomfortable.

"The team took the decision. There are stronger heads in the team who say we have to win and there are those of us who are racers and emotional about it.

"It's important to acknowledge Valtteri, who was the absolute gentleman. We have to embrace the moment still, but it's the win on my list of wins that I'm least proud of.

"There's not many team-mates who would do something like that."

Hamilton made clear that he did not ask for any assistance from Bottas.

"Passing him did not feel good and I didn't know what was planned for the end - I was waiting for some news or something, but I knew the team wanted it to end that way."

Bottas' obedience was acknowledged by Mercedes team chief Toto Wolff, who made the decision.

"Valtteri is such a tremendous team player," he said. "Lewis was far back and we told them to switch and he did it immediately."

Wolff had made the decision to protect Hamilton's title bid, but admitted he was uncomfortable.

"We should be over the moon with a one-two - and we are - but it went against Valtteri because it should have been a race win, but we had to change it.

"It's disappointing for a driver and the team, but if you can extend the championship lead by more points, then that's what you have to do."

Sebastian Vettel Russian Grand Prix
Get the latest updates on India vs Australia Series, check out the India vs Australia Schedule for 2020-21 and Ind vs Aus live score . Like us on Facebook or follow us on Twitter for more sports updates. You can also download the NDTV Cricket app for Android or iOS.