It was Lewis Hamilton's third win in Russia, his fifth in six races and the 70th of his career, confirming he has the momentum to clinch a fifth title triumph with five races remaining. 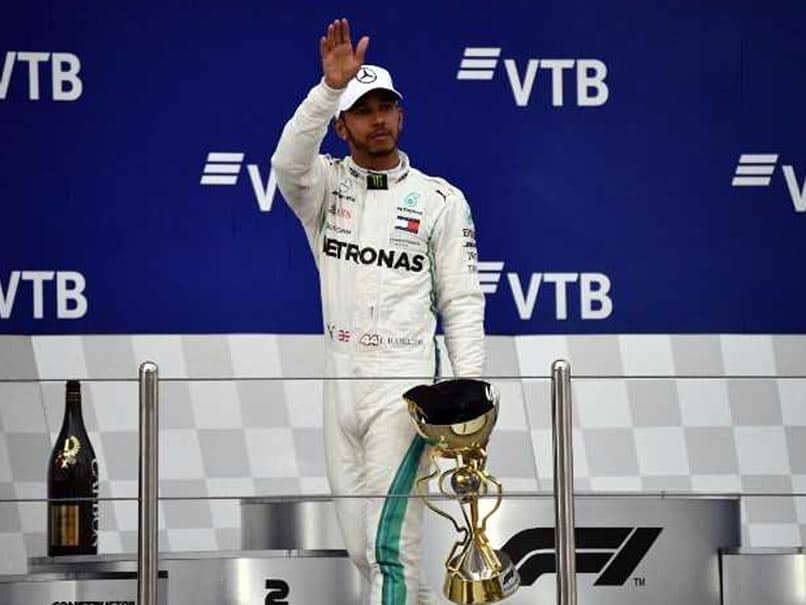 Lewis Hamilton increased his lead in this year's drivers' world championship to 50 points when he claimed an accomplished victory, aided by Mercedes team tactics, in Sunday's Russian Grand Prix. The defending four-time champion, who started second on the grid, was helped again by Mercedes team-mate Valtteri Bottas, who allowed him to overtake and then defended him from attack by title rival Sebastian Vettel of Ferrari, as he battled to finish second. Russian President Vladimir Putin, who sat next to former F1 supremo Bernie Ecclestone after a late arrival at the Sochi Autodrom, saw the Briton make the most of Mercedes' strategy and a thrilling passing move on Vettel in what was an intriguing contest.

Bottas had started on pole and was unhappy at being asked to obey team orders that deprived him of a possible victory as he came home 2.5 seconds behind Hamilton, who looked sheepish about it all after the race.

Vettel finished third in the race and the German saw Hamilton extend his lead over him in the standings.

It was Hamilton's third win in Russia, his fifth in six races and the 70th of his career, confirming he has the momentum to clinch a fifth title triumph with five races remaining.

Kimi Raikkonen finished fourth for Ferrari ahead of Red Bull's Max Verstappen who marked his 21st birthday with a rousing drive, including a spell as race leader, from 19th on the grid.

Mercedes team chief Toto Wolff left the luckless Bottas with no choice, but he tried to comfort the Finn afterwards.

"Valtteri, this is Toto - a difficult day for you, difficult for us - let's get together and discuss it later," Wolff said.

Sebastian Vettel Russian Grand Prix
Get the latest updates on India vs Australia Series, check out the India vs Australia Schedule for 2020-21 and Ind vs Aus live score . Like us on Facebook or follow us on Twitter for more sports updates. You can also download the NDTV Cricket app for Android or iOS.