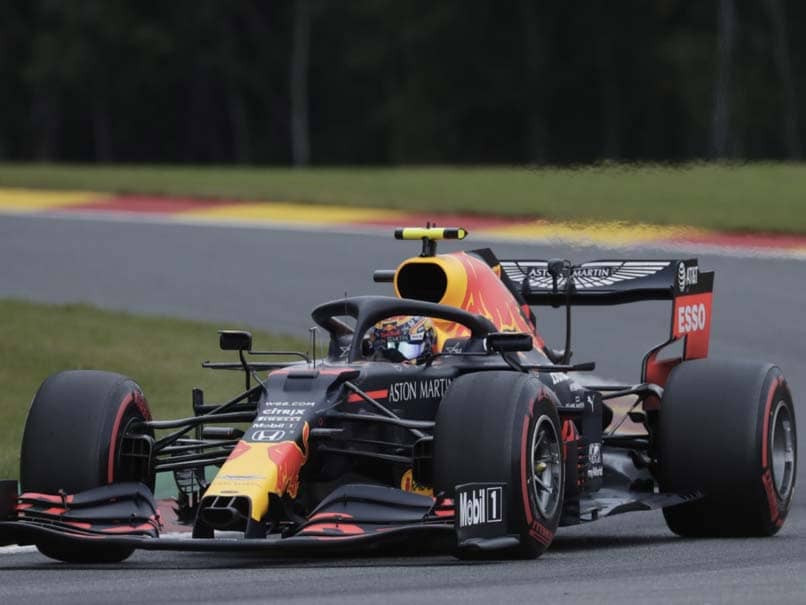 Red Bull team adviser Helmut Marko hit back at Lewis Hamilton's criticism of Alex Albon and defended Red Bull's driver line-up as a "good pairing" after the London-born Thai driver's sixth-placed finish in Sunday's Belgian Grand Prix. Albon, in his first full season as Max Verstappen's team-mate, has struggled to match the Dutchman's pace and has remained around four-tenths of a second per lap behind him - a gap that Sunday's race winner Hamilton believes has undermined Verstappen and Red Bull's challenge for the titles.

Marko, who is head of the Red Bull driver programme that has supplied a stream of racers to both Alpha Tauri, formerly Toro Rosso, and the senior team, defended Albon in the aftermath of Verstappen finishing third behind both Mercedes' cars to claim his sixth consecutive podium finish.

"I don't understand the criticism of Albon," said Marko. "Other team-mates also had a lot of trouble with Max... I don't see it that Max is pushing him to the limit, but that he is pushing himself. I think we have a good pairing there."

Albon was separated from Verstappen by both Renaults on Sunday while Hamilton was followed home by team-mate Valtteri Bottas in Mercedes' 50th one-two finish since 2010 in the modern turbo hybrid era.

Asked about the potency of Red Bull's challenge to the 'black arrows' defence of their championship crowns, Hamilton had suggested that Verstappen lacked a team-mate who could match his pace and results.

The championship leader, whose win on Sunday took him 47 points clear of second-placed Verstappen in the drivers' title race, did not mention Albon by name as he made a general strategic point.

"People downplay it, but Red Bull have got a very, very strong car," he said.

"Unfortunately, both drivers aren't there like me and Valtteri are there... That makes it harder for them.

"I experienced it many years ago with McLaren and I was the driver that was always at the front and didn't have a team-mate backing up.

"So, you equally don't get the constructors' points and then can't play with strategy on the cars they are racing against.... So he's kind of there on his own."

Albon, who has finished in the top four only once this year, received solid support from Red Bull team chief Christian Horner who also heaped praise on the man he replaced midway through last season, Pierre Gasly.

The Frenchman was chosen as 'driver of the day' on Sunday after finishing eighth for Alpha Tauri.

"They have a good car this year, which may be easier to manage than ours, but Alex is great on Sundays," said Horner.

"He had another good race, he is always strong on the attack, so we are moving in the right direction."

Former F1 driver Ralf Schumacher added, when speaking on Sky Germany, that his Thai background was a factor.

"We can't forget about the ownership structure at Red Bull, where it is very welcome that a Thai driver is there," he said.

Hamilton, whose win moved him within two victories of Michael Schumacher's all-time record of 91 as he seeks this year to equal the German's haul of seven championships, has welcomed a closer fight.

But, like Mercedes team chief Toto Wolff and many paddock observers, he has not welcomed 'artificial' manipulation of the regulations to reduce his speed.

Instead, he suggested tyres were an issue to address.

"At the end of the day it's tyres," he explained. "One-stopping really is boring. We're all 'managing' out there and it's not racing. We're all backing off at the end and we have no idea what they're going to do.

"I was worried it was going to be another Silverstone, so I backed off. Maybe it would have been fine, but I just can't take that risk. Of course, I would like to have more of a fight, but that's not on me."

Red Bull
Get the latest updates on India vs England Series, India vs England , live score and IPL 2021 Auction . Like us on Facebook or follow us on Twitter for more sports updates. You can also download the NDTV Cricket app for Android or iOS.