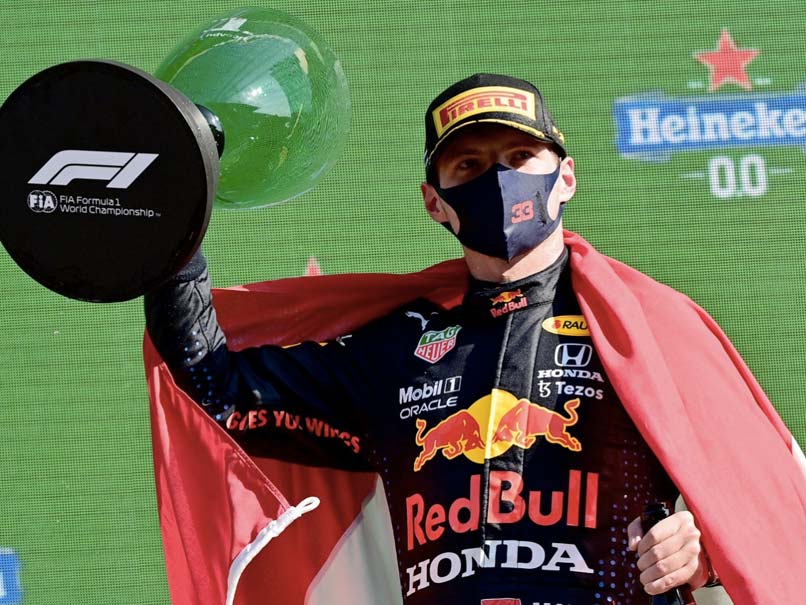 Home favourite Max Verstappen snatched the world championship lead from Lewis Hamilton on Sunday as the Red Bull driver claimed a dominant victory at the first Dutch Grand Prix since 1985. A week after the farcical washout in Belgium, pole-sitter Verstappen controlled the race from the start in bright sunshine at the beach resort of Zandvoort. His seventh win in 13 races this season turned a three-point deficit into a three-point lead over seven-time world champion Hamilton ahead of Monza next weekend. Hamilton settled for second, setting the fastest lap on the final lap to earn a consolation bonus point, with Mercedes team-mate Valtteri Bottas a distant third.

"As you can hear already, it's just incredible," said Verstappen, roared on by some 70,000 orange-clad fans at a circuit where the last winner was Niki Lauda for McLaren 36 years ago.

"Expectations were high going into the weekend, I'm so happy to win here. It's such an amazing day, the whole crowd, incredible."

Verstappen, who earned half points for his win over two laps behind the safety car at Spa last Sunday, pulled away on the opening lap here, keeping Hamilton in his rear-view mirror and surging clear.

A narrow track with punishing deep gravel traps made overtaking difficult, prompting Mercedes to use varying strategies for Hamilton and Bottas to ramp up the pressure on Verstappen.

But on a day that began with Verstappen showing Dutch King Willem-Alexander and Queen Maxima around the Red Bull garage, the 23-year-old produced a regal display to dislodge Hamilton at the top.