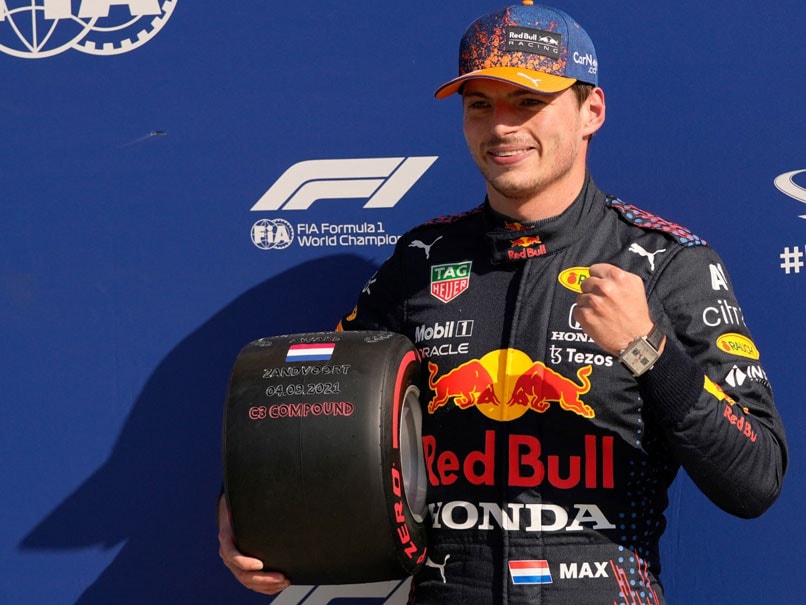 Red Bull's Max Verstappen claimed pole position for his home Dutch Grand Prix, edging championship leader Lewis Hamilton with a scintillating performance in qualifying on Saturday. Roared on by the crowd, Verstappen, who trails Hamilton by three points in the title race, was just 0.038 seconds quicker than the Mercedes driver who joins him on the front row on the Zandvoort circuit's first race since 1985. Hamilton's Mercedes teammate Valtteri Bottas will line up alongside Pierre Gasly's AlphaTauri on the second row while the two Ferraris of Charles Leclerc and Carlos Sainz, who had both been so impressive in practice on Friday, will hold down the third row.

Verstappen, who earlier in the day escaped a grid penalty over an on-track incident on Friday, clocked a quickest lap of 1:08.885.

"It's an amazing feeling to get pole position here," said Verstappen.

"The crowd is incredible, the car is really nice to drive and this track as well -- it's really cool.

"It's the best starting position, as passing will be difficult. Today was good, so I hope we can finish it off tomorrow."

Valtteri Bottas
Get the latest updates on IND vs NZ 2021, check out the Schedule and Live Score . Like us on Facebook or follow us on Twitter for more sports updates. You can also download the NDTV Cricket app for Android or iOS.