Red Bull will be powered by Honda this year after ending their fractious relationship with Renault. 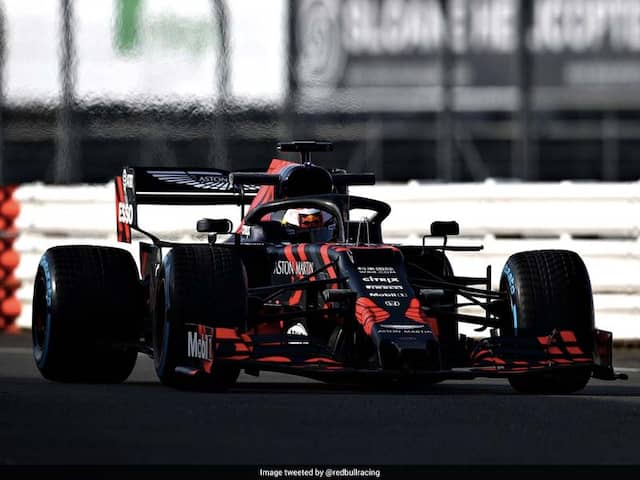 Max Verstappen, who is being considered as world champion Lewis Hamilton's chief challenger this season, said he was "smiling" after testing his new Red Bull at Silverstone on Wednesday. The Dutchman gave the car its first laps in a shakedown at Silverstone, the first time the team have run a Honda engine. Red Bull will begin this year's campaign, which starts in Australia on March 14, without Renault power for the first time in 13 years as Honda step up into the limelight after a development season with Toro Rosso. In a dramatic new look, the striking RB15 has been released in a blue and red livery.

"The day's done, first few kilometres with the car," Verstappen said in a video on the Red Bull Racing Twitter account.

"After my first run I was smiling, very happy with how the car was behaving plus the engine as well. Very positive. Really nice group of people to work with as well so I just can't wait to get started now for Barcelona and start working towards Melbourne. It was a very positive day so very happy about it."

The 21-year-old's hopes of a title charge will be determined by the performance and reliability of his team's new engine partner Honda.

Max Verstappen took to Twitter to share his excitement and posted a few pictures of Red Bull's car launch.

Red Bull will be powered by the Japanese manufacturer this year after ending their fractious relationship with Renault.

Australian Daniel Ricciardo has left Red Bull to join Renault with Verstappen, who finished fourth in the drivers' standings last year, to be partnered by young Frenchman Pierre Gasly.

"I am very excited to get started as the off-season has been quite long," Verstappen said earlier. "The first two or three weeks feel like they are good to have and then after a break you want to get going.

"We are expecting a lot from Honda and are positive, but it will not be perfect from race one. I am optimistic, but also realistic and only time will tell as to how we will get on.

"I want to get the best out of myself, but you have to see what the car and engine are going to do.

"Until we get to Australia, my goals are a bit blind. In Formula One, it is so related to the package so at this stage I am quite easy going."

Verstappen will get the first proper taste of his new Red Bull during next week's first pre-season test at Barcelona's Circuit de Catalunya.