Max Verstappen was seen on TV pushing Force India's Ocon three times and accused of threatening to hit him, after the pair had collided on track. 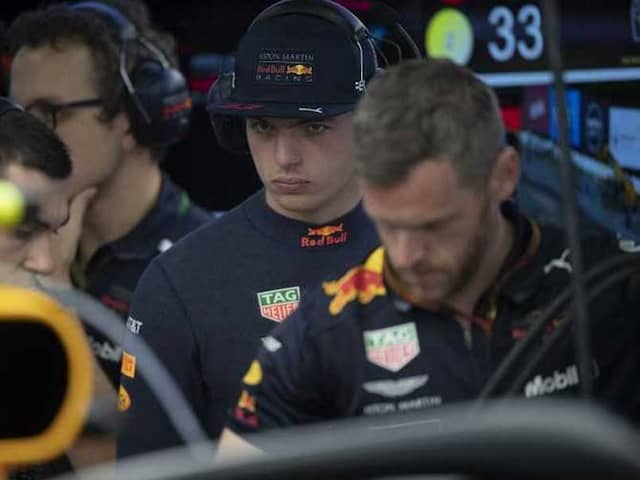 Max Verstappen was ordered to perform two days of public service for his violent behaviour.© AFP

Max Verstappen was on his way to winning the Brazilian Grand Prix when a crash with Force India's Esteban Ocon scuppered his chances. After the race, a livid Verstappen confronted Ocon in the drivers' weighing room, walked straight at him and started pushing him. Verstappen was caught by the cameras pushing Ocon three times and has been accused of threatening to hit him. A video clip of the post-race incident went viral soon afterwards with with the FIA ordering the young Dutchman to perform two days of public service for his violent behaviour.

The collision on lap 44 of the 71-lap race at Interlagos' famed Senna S curves cost Verstappen the race and he had to settle for second place.

"We were at the scales room," said Ocon. "He wanted to punch me. He pushed me and he was wanting to be violent. It was not professional."

Ocon added that his rivalry with Verstappen "goes back a few years" and said he "has always been the same".

"I'm used to the fights with Max. He's always been the same. It goes back a few years."

Verstappen swore so much on team radio that his comments bleeped out after he described Ocon as an "idiot".

"He came out of the pit lane and he had the right to overtake, but the level of risk he was taking, it was not right," the Red Bull driver said.

"The stewards gave him a penalty. You can say, 'Max, you should have given room', but we were not racing and you don't expect that."

Asked about confronting and pushing Ocon, he said: "We are all passionate about the sport, but it would be odd if I shook his hand. I don't care what people say.

"I'm a winner. To get taken out by that and to get a stupid response from their side, I was not happy about that."

Max Verstappen Brazilian Grand Prix
Get the latest Cricket news, check out the India cricket schedule, Cricket live score . Like us on Facebook or follow us on Twitter for more sports updates. You can also download the NDTV Cricket app for Android or iOS.